Chicago's 11 Most Anticipated Openings of 2015

Here are the upcoming restaurants to watch the closest this year.

Share All sharing options for: Chicago's 11 Most Anticipated Openings of 2015

A new year means plenty of new restaurants to start drooling over. Eater Chicago's Most Anticipated Winter Opening Report has you covered for the next few months but here's a look at what's coming later this year. From Grant Achatz and Rick Bayless to more Boka Group and craft cocktail bar openings, 2015 is shaping up to be another good year indeed. 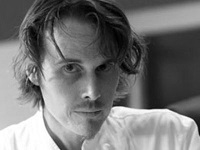 Whatever Grant Achatz does makes news so it's no surprise that his new restaurant is one of 2015's most highly-anticipated. Taking up residency in the former iNG space, the project (listed on the building permit as "Roister Restaurant") is expected to be a stark contrast from the fine-dining experiences at Alinea and Next. Expect loud music, closely-spaced seating and "rustic and refined" a la carte cuisine focused on bold flavors. Achatz is shooting for an opening around May. 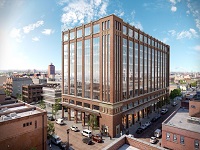 Fresh off one of last year's hottest openings (Momotaro), the Boka Group is back at it and teaming up with B. Hospitality Co. for their take on the steakhouse. The name pays homage to two Chicago meatpackers, Philip Danforth Armour and Gustavus Franklin Swift, who were pioneers of the meatpacking district during the 19th century. The restaurant will source its meat locally and Chris Pandel will be the man in charge of the kitchen. 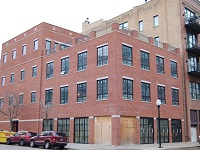 Sarah Grueneberg's first restaurant, which translates to "green mountain" in Italian, is inching closer to its anticipated spring/summer opening. The 3,800-square-foot spot will indeed feature Italian, something Grueneberg refined during her time at Spiaggia, but not much else is known at this time. 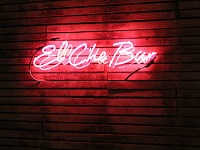 John Manion's next project will be an Argentinean-inspired West Loop bar. The space will have floor-to-ceiling windows opening up onto the street and the hearth-based cuisine will feature "smoked, seared, roasted, and grilled" meats, seafood and veggies. A small dining area may also end up doubling as a stage for musical acts and the house band, which Manion hopes will help transport guests back to another time and place in South America. 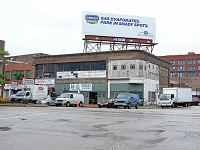 Details are still scarce about Rick Bayless' new project in the West Loop but he says it will be "a completely new concept that you've never seen before." In addition, the space will also house a nanobrewery that makes beverages for other Bayless restaurants and the chef is working to develop his own brand beer with Crown Imports. Look for it in late spring or early summer. 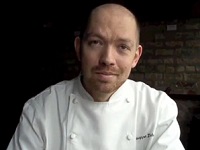 Boka Group's follow-up to the popular GT Fish & Oyster will in essence be a meat-centric version of the seafood eatery. Giuseppe Tentori returns to the helm to produce shared plates focused on steaks and other cuts of meat in a trendy, casual environment. Look for it in October. 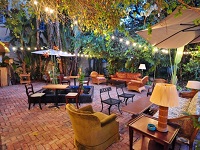 Miami's heralded bar The Broken Shaker is headed to Chicago as part of the upcoming Freehand hostel. Already one of Eater's 38 Essential Cocktail Bars in America and a James Beard semifinalist in 2013 and 2014, the bar will be another addition to the city's booming craft cocktail scene. It'll be run by Bar Lab, the consulting duo of Elad Zvi and Gabriel Orta, and aims to source local ingredients and purveyors for its rotating cocktails and punches, in addition to a small plates menu. 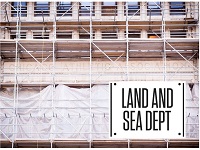 Land & Sea Dept. has jumped into the upcoming hotel project in the former Chicago Athletic Association building. The team will bring a restaurant/bar/game room to the second floor space so expect plenty of bocce, billiards, chess and more. Other planned openings in the hotel include Chicago's second Shake Shack. 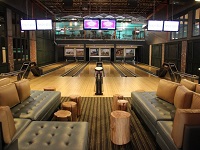 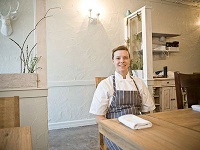 Iliana Regan's follow-up to her acclaimed Michelin-starred restaurant will be a tiny bakery dishing out her signature pierogi alongside doughnuts, cereals, pastries, dumplings, mushroom tea and more. The location is still to be determined but Regan is hoping for a spring opening. 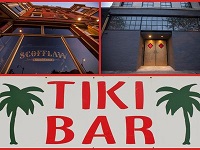 The tiki trend seems to be picking up steam in 2015 as Logan Square will be home to two new openings. Paul McGee's Lost Lake leads the way but later this year, the Scofflaw team will unleash its own version of tropical paradise at a yet-to-be-disclosed location. If the lines at Three Dots and a Dash are any indication, Chicago can definitely accommodate more tiki bars.