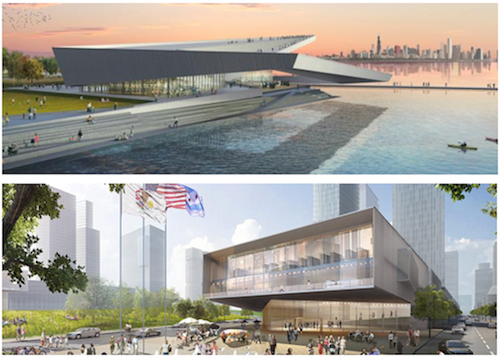 SOUTH SIDE—Two South Side based bids for the Obama Presidential Library have been axed by the Obama Foundation. However, the University of Chicago's bid moves on.

THE LOOP—A new apartment tower is coming to the Loop's Block 37 shopping center, and will bring nearly 700 new apartment units to the heart of downtown Chicago.

LINCOLN PARK—A developer wants to demolish Lincoln Park's Market Place grocery store and erect a 17 story condo tower in its place. Here are all of the details you need to know.

MCCORMICK PLACE—A private developer has announced a plan to build a new hotel and data center, in addition to the McPier-led hotel tower and data center that has already been long planned and is slated for McCormick Place.