Lee Ann Whippen knows a thing or two about BBQ having won numerous awards in competitions and opening several acclaimed restaurants, including Chicago q in which she is the chef/partner of. The restaurant will celebrate its fourth anniversary in September and Whippen teased the fact that they will have several items on the menu for $4 (possible items include nachos with Kobe brisket baked beans, alligator tacos) to celebrate the occasion.

Business at the Gold Coast restaurant has increased over the past four years, she says. "We can usually do about two-and-a-half turns (on Saturdays). Two weekends ago we topped 900 covers for a day."

Even with her competition success and role on TLC's reality show "BBQ Pitmasters," Whippen, who won the Georgia state championship with her father the first year she competed (she went on to take best in pork at the nationals), says that it's still a male-dominated game.

"It's very rare that you see a woman out front grabbing the awards," she says. She adds, "There's a few nasty people out there, but overall it's a friendly, nice group of people. You have to stick with it and not be intimidated."

Now her two daughters have picked up the barbecue bug. Her oldest is a certified Kansas City Barbecue Society judge and her youngest competed with her in Las Vegas last year.

Recorded at that Las Vegas competition, F.Y.I. Network's "World Food Championships" starring Whippen will air this Thursday at 9:00 p.m. (the show will be broadcast in Chicago q's bar). Her second place finishing dish of dry rubbed, cherry smoked rack of lamb with a white barbecue sauce will be on the restaurant's menu beginning Thursday through Sunday.

When she's out at a barbecue restaurant she looks for some key elements such as wood smoking, meat that isn't pre-slathered in sauce, variety of meats on the menu and the presence of St. Louis spareribs, not just baby backs.

Below are five Chicago BBQ restaurants (in no particular order) that are near and dear to Whippen's heart. 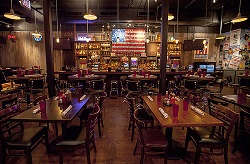 When Bub City first opened, I went and tried the entire menu. Not only did I love the atmosphere but also their smoked half chicken. It has a perfectly crispy skin, which is very difficult to get when smoking it. We've gotten to know their team well while planning for the upcoming Windy City Smokeout, and they are all a pleasure to work with. 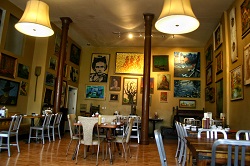 I love Honky Tonk's old and huge bar running through the restaurant. Plus the stage and live music makes you feel like you've left Chicago for dinner. When I'm there I always go for the rib tips. 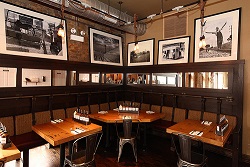 Charlie McKenna is a great barbecue pitmaster who has won at Memphis in May, considered one of the world championships of barbecuein our industry. When I go to Lillie's Q I always indulge in their white barbecue sauce, which is something I've competed with in the past. Theirs is sweet and tangy with a bit of Cajun spice! They also have awesome tri-tips. 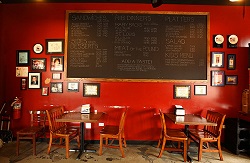 Besides Chicago q (of course), Smoque is my favorite barbecue in Chicago. I love their beef brisket, which they make the way they do down in Texas, served right off the cutting board. They also don't advertise this, but I love their candied jalapenos. 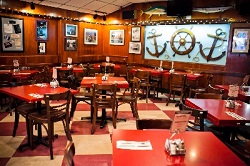 Twin Anchors is a Chicago staple that paved the way for the bustling BBQ restaurant scene we now have in Chicago. And their ribs were good enough for Frank Sinatra, so they are good enough for me!
· All Chicago q Coverage [-ECHI-]
· Chicago q [Official Site]
Smoque/Lillie's Q/Bub City [Photo: Barry Brecheisen]