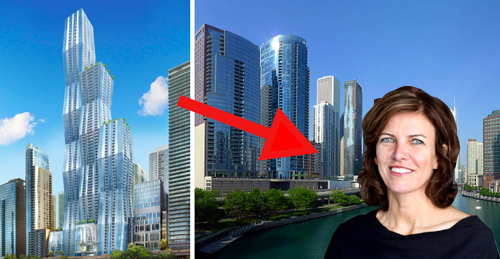 LAKESHORE EAST—A new 89 story, mixed-use supertall tower has been announced for the Lakeshore East community. Only one major question remains - is this the Jeanne Gang tower that we've been hearing about?

THE LOOP—Downtown's new OneEleven apartment tower is receiving its final touches, but residents have already started moving in. Come along for a complete tour of the new 60 story tower.

GOLD COAST—One of Chicago's largest and most expensive homes returned to the market this week with a $1.25 million price chop and new listing photos. The monster mansion can now be had for $13.75 million.

WEST LOOP—A pair of developers have introduced a proposal for a 28 story apartment tower that will include 227 residences. Meet the West Loop's newest and curviest tower.

Parachute, One of Chicago’s Most Acclaimed Restaurants, to Reopen This Month After Two Years