Share All sharing options for: Chicago's Most Anticipated Summer Openings

Temperatures are heating up and and some of Chicago's hottest restaurants are ready to debut. From the Boka Restaurant Group's latest project to a long-awaited Hyde Park eatery, there will be plenty of places abuzz with excitement in the coming months. So take a look at the list, start drooling and make plans over Eater's Summer Most Anticipated Opening Report.

The Promontory
Address: 1539 E. 53rd St.
The long-awaited Hyde Park restaurant from the Longman & Eagle team is finally slated to open this summer. Chef Jared Wentworth will be in charge of the menu while Punch House's Will Duncan leads the beverage program. Details are still scarce but look for a large back patio for those nice summer days and plenty of live entertainment. 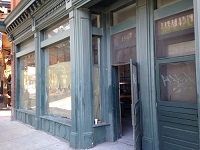 One Off Hospitality Project
Address: 1545 N. Damen Ave.
Paul Kahan's new 40-seat restaurant will be "Big Star-esque" and serve diners diner-style all day during breakfast, lunch and dinner hours. Things are moving quickly and Chicagoans can expect to pack the spot soon in early August.

XOCO Wicker Park
Address: 1471 N. Milwaukee Ave.
Rick Bayless's XOCO empire expands to Wicker Park next month. That's good news for those who can't get enough of the excellent tortas as the new location will be larger, have a full bar and a street patio.

River Roast
Address: 315 N. La Salle St.
Tony Mantuano's latest concept is a London-inspired roast house next to the river downtown. The cuisine will focus on contemporary tavern fare like roasted chicken, fish and beef, all carved tableside with John Hogan as the executive chef leading the way. It opens on July 17.

Momotaro
Address: 820 W. Lake St.
The Boka Restaurant Group's newest and soon-to-be hottest restaurant will be a foray into Japanese cuisine. The two-story space will seat 130 people on the main floor and include a sushi and robata bar, while the basement houses a secondary bar along with an izakaya for after-work drinks. The men in charge of the menu, executive chef Mark Hellyar and sushi chef Jeff Ramsey, are both new to the Chicago scene but come with accomplished resumes. They're hoping to open around Labor Day.

mfk.
Address: 432 W. Diversey Pkwy
Designed to feel like summer all year-round, the small 28-seat seaside cafe will focus on light, fresh seafood. Inspired by owners Scott and Sari Worsham's numerous seaside trips, the menu will be broken into four sections (items to nosh, "unfussy preparations" of seafood, large plates to share, and favorite veggies) and draw from various cuisines but with a strong Spanish influence. 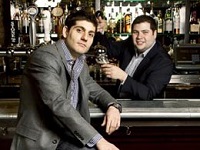 RPM Steak
Address: 80 W. Kinzie St.
The Melman brothers and the Rancics are teaming up again for a follow-up to the highly successful RPM Italian. If its predecessor is any indication, expect lots of diners at the new steakhouse with chef Doug Psaltis at the helm. 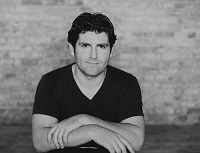 Roxie's Roadside Refresher
Address: 1732 N. Milwaukee Ave.
The hardest working man in Chicago, Brendan Sodikoff, will open a pizza joint for his next project in the former Café Con Leche space. Few details are available but expect to be able to purchase pizza by the slice in August.

TMIP
Address: 8734 W. 400 N, Michigan City, IN
Brandon Baltzley's Michigan City farm-to-table restaurant is on target to open July 3. The self-sustaining rural restaurant will offer two tasting menus during lunch and dinner as well as a personal tour of the farm. The crew is hoping to source as much as possible from their farm and will brew their own beer and wine in-house. Baltzley is aiming for the cuisine to be a Midwestern offshoot of Noma, where he worked under Rene Redzepi.

Vistro
Address: 112 S. Washington St., Hinsdale, IL
Paul Virant's latest venture will take him to Hinsdale, where he plans on opening a family-friendly restaurant. The 80ish-seat space will feature a comfort food-focused menu with classics like fried chicken, meat loaf and more. The restaurant aims to open in time for Labor Day. 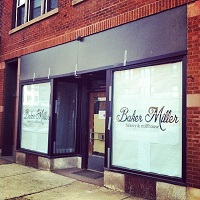 Baker Miller
Address: 4610 N. Western Ave.
Dave and Megan Miller, two of the minds behind Bang Bang Pie Shop, have left the popular Logan Square bakery behind to start a new venture. They've secured the location on Western and they'll source local ingredients, mill their own flours and churn their own butter to make sweet and savory pies, pastries and breads using family recipes. Look for it in early August. 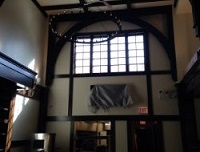 Red Lion Pub
Address: 2446 N. Lincoln Ave.
The reconstructed Red Lion Pub will finally be ready to open in Lincoln Park by mid-July. Expect it to have the feel of a British pub with English and German beers on tap as well as country English and French cuisine. A second-floor balcony will be capable of hosting lectures and other activities for DePaul students.