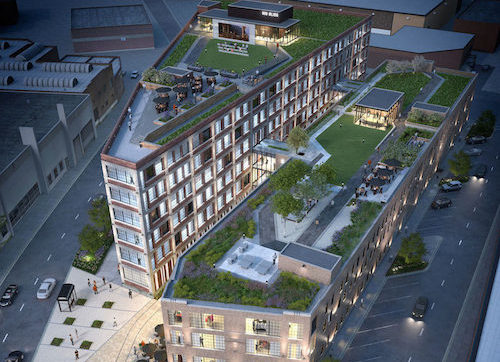 GOOSE ISLAND—A developer is moving forward with its $35 million plan to convert a vacant 285,000 square foot industrial facility into high-tech office space and retail in the heart of Goose Island. This is what it will look like.

NORTHERLY ISLAND—As the the city continues work on the south end of Northerly Island, which will feature six distinct ecosystems in addition to a man-made lagoon and reef, some officials have been touting a more human feature: camping.

UPTOWN—Micro-dwellings may be more associated with high-rent, densely populated cities like New York and San Francisco, but one local developer is actively working to change that perception.