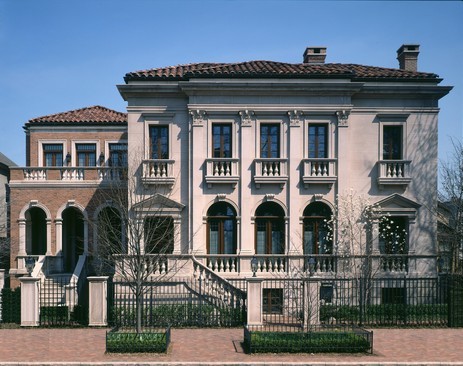 LINCOLN PARK— A Lincoln Park mansion was quietly listed this week at $18.75 million, making it the most expensive home in Chicago. The home has not been listed on the MLS, but Curbed has the listing photos.

RIVER NORTH—Donald Trump has begun attaching a 20 foot sign of his name to the side of the Trump International Hotel & Tower. Once installed, Trump's name will not only become a permanent fixture of the Chicago skyline during the day, but his sign will be visible at night via an LED lighting system.

WEST LOOP—A huge 15,000 square foot home in the West Loop was recently listed, and it contains the world's 7th most expensive garage. The sizable loft space is the ultimate man-child's dream home.

LOGAN SQUARE—A long blighted stretch of Milwaukee Avenue in Logan Square may soon make way for a seven story mixed use development, which would become the neighborhood's largest if built. The mixed use development will feature 135 apartment units, roughly 16,000 square feet of retail space and 141 parking spaces.