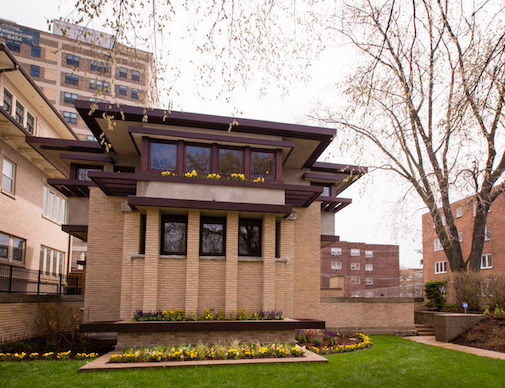 OAK PARK—The Frank Lloyd Wright designed Robert P. Parker House can now be had for only $775,000. The infamous "bootleg" home, has been meticulously restored.

GOLD COAST—A new 33 story tower has been announced for the Gold Coast, and Curbed has the preliminary drawings.