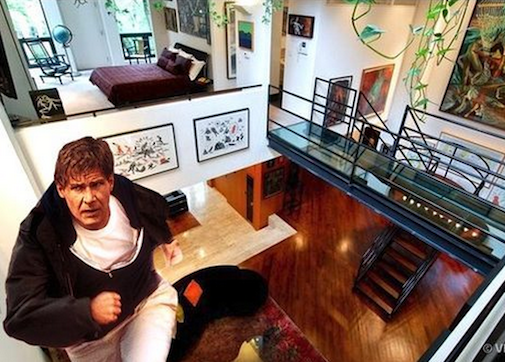 LINCOLN PARK—The famous Lincoln Park home owned by Dr. Richard Kimble (Harrison Ford) in the classic 1993 film The Fugitive has gone back on the market for $3.65 million.

WEST LOOP—The West Loop is experiencing a boom in development, but is also going through some major growing pains. And to keep everyone happy moving forward, the city is suggesting that the Fulton-Randolph neighborhood should be broken up into four pieces.

EVERYWHERE—The city is preparing for a massive fire sale of many of the publicly owned schools that were closed last summer, although CPS says it is open to taking suggestions from the public on how some of the buildings can be repurposed.

EVERYWHERE—According to some super neato data, we can see the mobile phone migration patterns for newly minted Chicago residents, and pinpoint where these new Chicagoans are migrating from.