Michael Nahabedian Talks About the First Year of Brindille

Share All sharing options for: Michael Nahabedian Talks About the First Year of Brindille 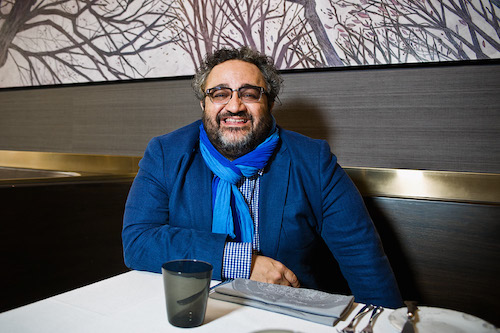 Michael Nahabedian went from the cusp of one blossoming neighborhood (opening Cafe Absinthe during the seedy days of Wicker Park when "there were crack houses there") to partnering with his cousin and renowned chef Carrie Nahabedian to open Naha on the cusp of another blossoming neighborhood, River North, in 2000. Nearly 13 years later, the Nahabedians finally decided it was the right time to open a second restaurant, Brindille, a year ago.

While Naha was upscale and refined from the start, they reached a new level with their Parisian stunner a block north on Clark. Nahabedian chatted about the origins, the first year of Brindille, and the possibility of opening a third restaurant.

What made you finally decide to open a second restaurant?
When you think about what's gone down in our country since (Naha opened), 9/11 hits, those were tough years for everybody. I always look at spaces (and) we were starting to look again because it's when we had more to say. It helps a lot that it's a block away (from Naha), it was the easiest way to grow at the time. It's just more experience and you have more of a creative urge and it comes out in a new restaurant.

It's amazing you found a space a block away.
It's funny, I looked at the space two years ago. Carrie and I have always said that we want to do something at the level we're doing now or higher or in a different way. We love to do what we do. Brindille is a little more grown up.

How was the opening process different than Naha?
It was a fun creative collaboration. I have a lot of staff that has worked for me for a long time, so I have people who understand how Carrie and I like to do things. Those people have ideas and I need to listen to what those ideas are too. When we did Brindille, we had different minds, more minds than just me and Carrie, like we had at Naha at the start.

What were your expectations and emotions going in?
Anyone who's around Carrie and I know that sometimes we get into it, but it's family, it's different. Every day is a new day, it's a constant and you go at it. Naha is a bigger restaurant, this is way smaller, you can kind of see everything and everyone kind of touches everyone's job. What we wanted to happen on day one happened: we were that restaurant. Keeping it and maintaining it is kind of fun.

Has the first year been easier or harder than you expected?
I thought it would be easier. Just when you think you know how something is going to go down, it doesn't. It's like when you open a restaurant, you still have to make sure the guest gets greeted and you still have to make sure your valet is taking care of the people. In that aspect, it was kind of like, "we're at it again." 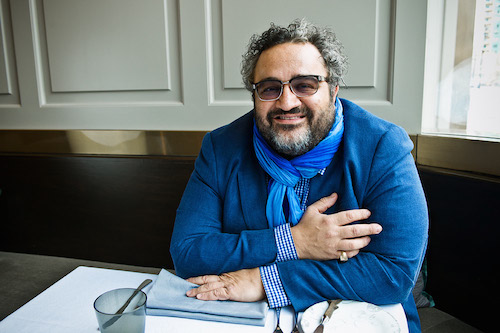 What were the things you didn't expect?
Probably the first thing was how the room was getting sat. How long it takes to eat in your restaurant; people enjoy it and sit for a long time. Little things that we spend our nights talking about, we knew people wanted to have this experience, but they enjoy it so much that you can't get the next table to sit down. The little things you learn, how do you take your reservations, what are the times (customers) can eat.

One of the things people talked about were the prices.
We've gone up a little bit (from Naha). I'm actually surprised that we sell plenty of high-end wines even though there are plenty that are $50, $60, $70 on our menu. It's the special napkins, the special things we do here (that make it expensive). I don't think people think about price that much when they walk into the restaurant. When you walk in the room you kind of get it. You can go, have a nice little glass of champagne at the bar and some bar bites. Or you can come in and have the full experience.

Has Brindille been more of a special occasion restaurant?
No, I'd say that's based on reputation and what people have said about us. I have business people, birthday parties, younger people, older people (coming in).

More locals or out-of-towners?
I would say it's a mixture of both. The hotels are always sending us more of an international crowd. We're somewhat of a luxury item, we're above average on the price scale, so the people who are coming in have eaten all over the world. We've had a lot of people from France.

That was the idea, a piece of Paris. What changes are in the works moving forward?
We're always doing changes with our menu and the products that we're selling. We change our cocktails once every six weeks. We kind of evolved the wine list and are going more French. At the start I wanted to do all French, then I loosened up and did old-world and domestic, now we're leaning more towards domestic French. We're improving on who we are...you can implement new things without changing the whole place.

Are you looking to open another place?
We're always looking and people come to us. It would only happen if it felt right for Carrie and me...it would be more of a relaxed idea then what we are doing now. We have two fine-dining restaurants; to have three may be a little hard. Two allows us to be hands-on.

How have customers reacted to Brindille?
Great. I got so many people who are great friends who said "I love Brindille, but I still love Naha." Now we have people that say "I like Brindille more than Naha." It's those kinds of people that make you want to continue what you do and keep the level up.
· All Brindille Coverage [-ECHI-]
· All One Year Ins [-ECHI-]