Share All sharing options for: Chicago's Most Anticipated Spring Openings

Spring is here and many new establishments will be staging their grand openings in the coming weeks. Much like the movies, sequels and spinoffs are all the rage this spring in Chicago restaurants. Of the 25 spots we showcase below, most are either another location of a hit or another concept from an already established hospitality group. We've got everything you need to know in Eater's Spring Most Anticipated Opening Report. 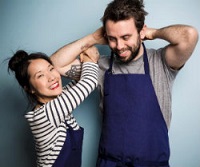 Parachute
Address: 3500 N. Elston
"Top Chef" alum Beverly Kim and her husband John Clark are eager to debut their homey 40-seat restaurant in Avondale. Their Kickstarter project is now fully funded and their inspection is due today, so a word on the opening date should come very soon. The menu, which is from a "Korean-American perspective," will be approachable in price and the bar menu will be headed up by Matty Colston, who worked with the couple at Bonsoiree.

XOCO Wicker Park
Address: 1471 N. Milwaukee Ave.
Expect a more comfortable vibe at XOCO's Wicker Park location than its eat-and-go sibling in River North when it opens by the end of June. Chef/owner Rick Bayless says that the larger space will feature table service and a bar featuring local beer on tap along with the hit menu of Mexican street food. 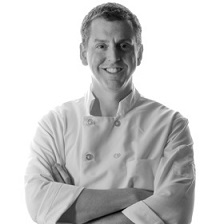 Boltwood
Address: 804 Davis St., Evanston, IL
With an anticipated opening in June, Brian Huston leaves behind The Publican, where he was the chef de cuisine since it opened in 2008, for the new American cuisine he's prepping in Evanston. Huston, along with his brother Brady and John Kim took over the space held by Lulu's Dim Sum and Then Some for 21 years before it closed in January, naming the project after the Evanston educator Henry Boltwood.

High Five Ramen
Address: 112 N. Green St.
Maxim's
Address: 24 E. Goethe St.
Cocello
Address: 354 West Hubbard St.
All of Brendan Sodikoff's upcoming projects are supposed to be open before summer, but as is often the case, his restaurants open with a surprise rather than a lead up. So while Juno uses the High Five Ramen space until they can get theirs back in working order, that one won't open. Talk of Maxim's, the historic space Sodikoff is doing a "full restoration" of, has been nil since he came away with the winning bid last June. We reported earlier this week that Cocello, the Italian concept taking up most of what used to be Dillman's, is due to open next week, so out of the three, that's the best bet to open this season.

Ramen-San
Address: 59 W. Hubbard St.
Set in the former bar and lounge area of Paris Club, the Melman brothers' Ramen-San was expected to open a month after renovations to the main room were done, but now Jerrod Melman confirms that they will open May 1.

mfk.
Address: 432 W. Diversey Pkwy.
Owners Scott Worsham and Sari Zernich-Worsham along with executive chef Nick Lacasse will bring a taste of the seaside to Diversey when their intimate, seafood-focused restaurant opens in June.

Ceres' Table
Address: 3124 N. Broadway St.
After closing their Uptown location in December, chef Giuseppe Scurato, along with All Day Hospitality's Caryn Struif, will re-open in the former Frog 'n Snail location later this month. The space is larger now, with 100 seats, a newly-installed wood-burning oven and an expanded wine list. 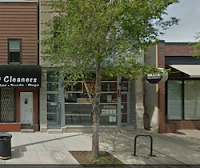 Osteria Langhe
Address: 2824 W. Armitage
In the former location of Brand BBQ, this Northern Italian concept focusing on the Piemonte region promises to be affordable and comfortable. Just announced today, Cameron Grant, formerly of Fresco 21 in Rosemont, is both the chef and a partner in the restaurant. Expect wine sourced from Piemonte as well as some of the beers when they open in May.

Elle on the River
Address: 330 N. Wabash
Set between the State and Wabash bridges, this casual taco spot from the Travelle team is shooting for an opening in mid-May. Travelle chef Tim Graham is keeping the menu simple, focusing on just four types of tacos on roti flatbreads, three desserts and boozy punches.

Tamale Spaceship Wicker Park
Address: 1341 N. Damen Ave.
Co-owner Manny Hernandez says that the food truck's first brick-and-mortar location is targeting the second or third week of June but that they're hoping it will be sooner.. 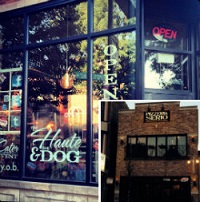 Craft Pizza
Address: 1252 N. Damen Ave.
Craft Pizza is going up in the former Haute & the Dog space, bringing small batch artisan pizzas along with NY-style bagels and coffee to Wicker Park. The folks behind Lakeview's Pizzeria Serio are looking to bring something special to the Chicago pizza scene, using both locally sourced and Italian specialty imports to make a unique pizza experience for their customers.

Geek Bar
Address: 1960 N. Clybourn Ave.
Geek Bar is being designed as a temple of geekdom, a place that will serve food and drinks as well as host gaming parties, TV screenings, move nights and other special events for the geek community. Look for it to open officially in June.

Emporium Arcade Bar Logan Square
Address: 2363 N. Milwaukee Ave.
Featuring mostly table games, the Logan Square Emporium Arcade Bar will also feature a food truck inside the space to serve customers sandwiches on bread from Mindy Segal's next door bakery. At this point that block in Logan Square (which will feature upcoming projects Chicago Distilling Company and Slippery Slope as well as the already established The Radler) looks to offer a lot of entertainment value.

RPM Steak
Address: 60 W. Kinzie
RPM Steak, from the Melman brothers and the Rancics, is on track to open in early June, according to Jerrod Melman. Expect it to be as hot as its Italian predecessor. 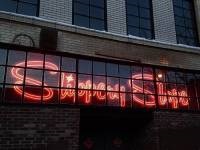 Mercadito Counter
Address: 738 N. Clark St.
Look for the newest restaurant from Mercadito Hospitality to open this spring with a menu from Patricio Sandoval inspired by Mexican and American street food.

DMK Projects
Address: 18 W. Hubbard Street, Chicago, IL
Other than the excitement everyone involved has for working together, not much is known about the two projects that DMK Restaurants are working on in the former home of Tony Hu's Lao 18. There's talk of something with a bar and nightlife aspect but nothing definite. The projects are still on track for a June opening. 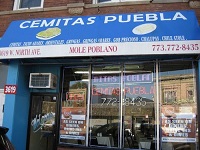 Cemitas Puebla Fulton Market
Address: 817 W. Fulton Market
The second location of the iconic taqueria is due in the coming months in the more upscale Fulton Market area. Prices shouldn't increase too much with the move to a pricier zip code, which, aside from a hipper aesthetic, will be the only major changes to the restaurant Chicagoans know and love. 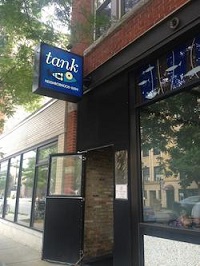 Laughing Bird
Address: 4514 N. Lincoln Ave.
Former Bar Pastoral chef Chrissy Camba will head up this new Filipino restaurant in the old Tank Sushi spot when it opens in May. Camba isn't being strict about just cooking Filipino food as she will throw in Chinese, Spanish, Moroccan and American influences to the mix. Expect the price point to be between $4 and $23 with dishes such as pork and beef lumpia, smoked mackerel, pancit palabok and charred octopus with Chinese broccoli.

Madison Public House
Address: 2200 N. Milwaukee Ave.
This new spot from the folks who brought you Innjoy should be open a little later this spring and will feature a good space to drink, eat and dance.

[Edit note: Five upcoming openings originally meant for publication have been added to the bottom of the list.]

Elle on the River