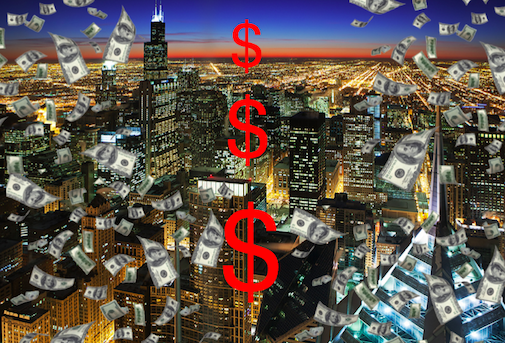 WEST LOOP—A long planned tower for the West Loop may be even bigger than originally anticipated, and Curbed Chicago has the newly surfaced renderings showing a rather tall glassy building on a site near 625 West Monroe Street.

MAG MILE—The John Hancock Center's reconceptualized and redesigned observation deck dubbed 360Chicago is nearing completion, and they've released this video of its new "Tilt" attraction which places visitors in a big glass box of windows that tilts downward 1,000 feet above ground, and boy does it look frightening.

NEAR NORTH SIDE—Construction is scheduled to begin this spring on the Navy Pier Flyover, an elevated path for pedestrians and bicyclists that is intended to alleviate congestion along the busiest section of the Lakefront Trail near Navy Pier.