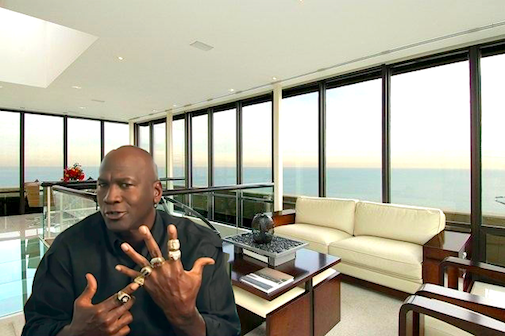 MAG MILE—The former penthouse of the iconic 90's baller Michael Jordan was listed last April for $4.3 million, but just took a $300,000 price cut to make the ask a round figure of four million big ones.

LINCOLN PARK—The Chicago Plan Commission gave its official nod of approval to the revised $350 million development proposal for the Children's Memorial Site last night. After a two and a half year battle, it all appears to finally be over. But is it?

NEAR WEST SIDE— Though Chicago is no Silicon Valley or Palo Alto, the city's entrepreneurial and bureaucratic players have come together in big ways in recent years to ensure the city has a seat at the 21st century tech table. And with Google moving to the Near West Side next year, the area is becoming the next big thing for tech.

EVERYWHERE— Illinois had over two dozen entries to the National Register of Historic Places last year, with many of the buildings and sites located in Chicago. Come and take a look at where Chicago's "newest" historical sites are.