Share All sharing options for: Chicago's Most Anticipated Winter Openings

Winter is here and many new establishments will be staging their grand openings in the coming weeks. Including some big names, these 22 restaurants and bars represent a lot of new dining and drinking experiences to look forward to. We've got everything you need to know in Eater's Winter Anticipated Opening Report. 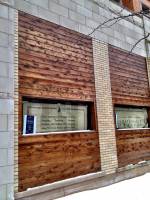 Kinmont
Address: 419 W Superior St.
This sustainable fish and seafood restaurant from Element Collective, is due to open some time in February. Duncan Biddulph is heading up the kitchen and he will be serving up "rough" or "trash fish" (whitefish, pike, triggerfish and cobia) along with the sort you would normally expect.

Boka
Address: 1729 N Halsted St.
Expected to re-open at the beginning of February, the remodeled Boka will find Lee Wolen (formerly of The Lobby) taking over for Giuseppe Tentori as executive chef. Expect a "pretty dramatic" change in the decor according to Boka partner Kevin Boehm. 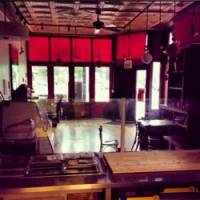 Leghorn
Address: 959 N. Western Ave.
It's been a long time coming, but Element Collective's socially-conscious fried chicken sandwich shop is due to open in February. The menu is short and sweet and when they run out of chicken they will close for the day. There's even a walk-up counter. Their Facebook page indicates final food testings are happening as you read this.

Grand Tour
Address: 2434 W. Montrose Ave.
Expect an international menu from Roger Herring (Socca) once Grand Tour opens in early February. Herring, who is doing double duty prepping for this restaurant while running the kitchen at Jesse Boyle's Quay (Boyle is the owner of both), has cooked around the world and the space will center around international sports and feature live music.

Mercadito Counter
Address: 738 N. Clark St.
Look for the newest restaurant from Mercadito Hospitality to open "late winter" with a menu from Patricio Sandoval inspired by Mexican and American street food. Sandoval will be hosting an "interactive five-course culinary demonstration" January 20 and 21 at Double A at Mercadito (108 W. Kinzie) to get a taste of planned signature items. 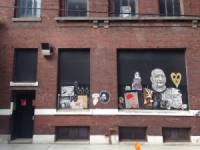 Green Street Smoked Meats
Address: 112 N. Green St.
Back in September, Brendan Sodifkoff told Eater that the interior buildout for this Texas-style BBQ spot was complete and he was only waiting for furnishings to arrive. Four months later, either those furnishings fell off a truck, the mercurial restaurateur is perfecting the menu until it's beyond reproach, or it could be a completely different reason altogether. A ramen shop and a juice bar will be inside as well. Expect all three to open soon. 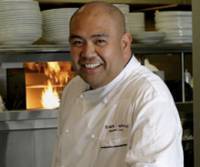 Yum Cha
Address: 333 E. Randolph St.
Rodelio Aglibot's Cantonese-focused restaurant with a variety of dim sum options, which will be available for takeout, has a good chance of opening before spring. The Food Buddha's other spot, Reverie, is coming soon as well, which would help warm up the soul during these cold days. 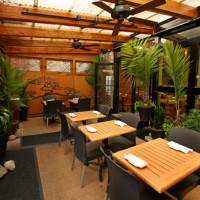 Arami
Address: 3056 N Lincoln Ave.
Arami recently announced that it will take over the former Chizakaya space in Lakeview sometime in March and that it will be a mix of Arami Go! (lunch) and the Chicago Avenue's location (dinner). 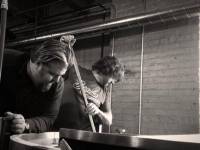 Bottlefork
Address: 441 N. Clark St.
Kevin Hickey's helping turn the former Dragon Ranch into Bottlefork for Rockit Ranch and the result should be "like a cocktail party at a friend's house," according to Rockit's Billy Dec. Expect a heavy spirits influence along with a menu featuring wood-burning rotisserie-grilled items. 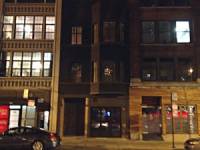 Japonais by Morimoto
Address: 600 W Chicago Ave.
Expect to see more of Iron Chef Masaharu Morimoto in Chicago when Japonais by Morimoto opens sometime in February. The restaurant's reservation line was said to re-open on January 13, but a quick check this morning indicates that hasn't happened yet but will soon. Expect a sushi bar, open kitchen and a first-floor bar along with a revamped menu from Morimoto. 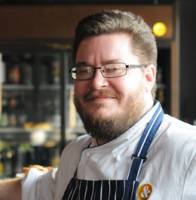 The Promontory
Address: 1539 E. 53rd
From chef Jared Wentworth and the team that brought you Longman & Eagle, The Promontory, announced almost a year-and-a-half ago, is still expected to open sooner rather than later. Though no new details have emerged since it made our anticipated fall openings, the great reception that the group's other projects (Dusek's, Punch House) have received should bode well for this Hyde Park establishment. 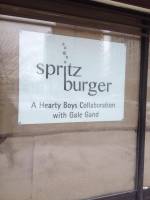 Spritz Burger
Address: 3819 North Broadway
The Hearty Boys (Steve McDonagh and Dan Smith) are teaming up with Gale Gand (Tru) to turn their former restaurant (which closed on New Year's Day) into a "vintage seltzer and burger bar" featuring signature burgers with house-made novelty ketchups and cocktails with house-made sodas and syrups. Expect lemon meringue pie with blackberry paint and chocolate devil dogs with marshmallow from Gand. The turnaround to re-opening should happen around mid-February.

Stan's Donuts
Address: 1560 N. Damen
The standoff between this doughnut shop and its neighbor across the street, Glazed and Infused, should commence soon. Stan's Donuts will be a classic doughnut/coffee shop with yeast-raised and cake donuts in "simple flavors." Expect more locations in Chicago to come once they've opened the inaugural shop in Wicker Park.

SideDoor
Address: 631 N. Rush St.
Look for Lawry's gastropub, SideDoor, to open at the end of this month or the beginning of February. Lawry's executive chef Victor Newgren will feature such pub fare like lamb shank pie and the restaurant's exterior will feature a red key on the door, which is in the spirit of the restaurant's low-key vibe. 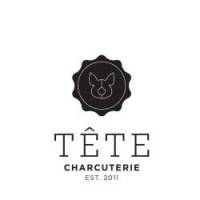 The Winchester
Address: 1001 N. Winchester
Chef Greg Bastien (formerly of Tavernita) and GM/beverage director Chris Pappas are "this close" to opening their all-day "comfort-based" dining destination in the Ukranian Village. The neighborhood spot will serve all three meals, plenty of wine, and a signature meatloaf. 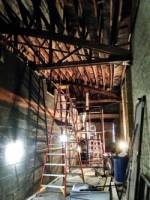 Tanoshii Sushi Mike
Address: 720 W. Randolph St.
Mike Ham's new spot in the West Loop is going to be big: 118 seats with a bar, rotating tasting menus, and an expanded menu comparable to, but bigger than the Andersonville Tanoshii. Expect it to open by the end of January.

Bite of China
Address: 1637 Orrington Ave., Evanston, IL
Not much is known about Tony Hu's Evanston project aside from the square footage of the space (2,700). Back in May, Hu anticipated a three-month time frame for opening but is now expecting to open in February. Hu has a number of other projects in the works as well, including a Lao Sze Chuan on Michigan Avenue. 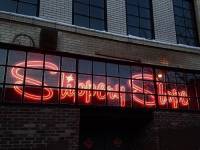