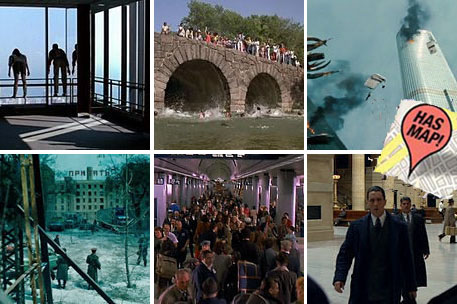 EVERYWHERE— This week, we took it upon ourselves to plot 25 of the most used and most recognizable filming locations in Chicago. The handy-dandy map weaves its way from O'Hare to Wrigley, Union Station to the old Cook County Hospital. See what you're missing.

SOUTH LOOP— The 1,200-room McCormick Place Marriott proposal—buffoonery to some, a dream to others—has its first computer-generated renderings. The 50-some-odd-story Gensler-designed tower is etherial and provocative and should make a submissive pet of the neighboring LEX condos. Clearly, the city is after hearts and minds with this one.

LINCOLN PARK/DEPAUL— Another big happening this week was the grand opening of DePaul's new Theater School. The Pelli Clark Pelli-designed high-tech home to the performing arts is a modern stacked box with echoes of the brick warehouses that line the section of Fullerton west of Racine. It's a big improvement on the converted elementary school that served as the Theater School's former home.

EVERYWHERE— Do check out this week's top sales within city limits. The numbers are a little low this time around, but our three featured spaces are certifiably bonkers.