Share All sharing options for: The Max Adler Mansion, Armitage Walgreens, and More 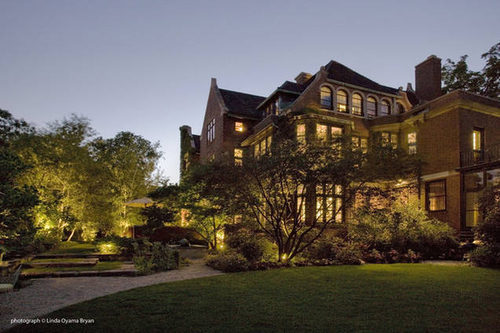 KENWOOD— The Max Adler Mansion hit the market in Kenwood this week. It's stupidly large, very beautiful, and twice the price of anything in the surrounding neighborhoods at $4.9M. Built for the philanthropic Planetarium founder, the 12,000-square-foot delicacy also boasts nearly an acre of buffer.

LINCOLN PARK— On the heels of great community resistance to the planned Armitage Ave Walgreens, aesthetically and conceptually, we lined up architect Ted Theodore for a defense and rebuttal. Theodore clarifies some things in our interview, and discusses the design process in general. It's right here for all to see.

SOUTH LOOP— Earlier in the week we asked Curbed's readership what existing component of Northerly Island or feature of its planned facelift most excites. The major amenities, present and future, include beach, forest, prairie, barrier islands, lagoon, and concert shell. Check out the results!

UKRAINIAN VILLAGE— It's been a while, but we're back to charting the least expensive listings by neighborhood. This week it's the Ukrainian Village edition. The nabe doesn't really have a moldering five-figure for-sale stock, so expect livable one- and two-beds for between $150K and $220K.