Share All sharing options for: Hamburger Helpers: Steve Dolinsky and the Acadia Burger

Which burgers do local personalities and chefs love the most? Burger Week is the best time to find out and in Hamburger Helpers, local chefs and food personalities divulge their favorite burgers in Chicago. 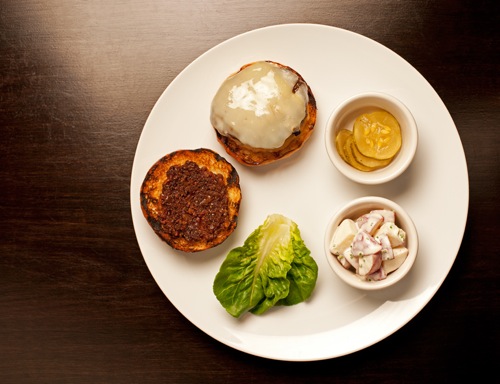 "I've always been a fan of Au Cheval's, and have introduced several out-of-towners to its tasty, dijonaise-fueled wonders, but just a few weeks ago I had a chance to try Ryan McCaskey's burger at Acadia (in the bar only) and was floored: the triumvirate of wagyu, brisket and chuck is inspired (something about moisture content, he told me) but I was too enamored by the gruyere and mornay sauce, not to mention the bacony jam and super-tart, thinly-sliced pickles to really pay attention to what he was telling me. This is a burger that has gone through a fair amount of R & D, and I think it's among the best in Chicago."
· All Coverage of Acadia [~ECHI~]

NOTE: Due to the situation in Boston, this will be the last post on Eater Chicago today and no newsletter will be sent. Our thoughts and prayers go out to the victims.