Share All sharing options for: Chicago's Most Anticipated Spring Openings

Spring is underway and many restaurants are putting the finishing touches on as they prepare for their grand openings. We've got everything you need to know about the most anticipated spots in Eater's Spring Opening Report. 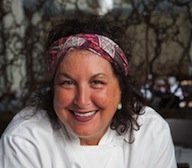 Brindille
Address: 534 N. Clark
NAHA chef/owner Carrie Nahabedian's newest project Brindille is set to open on April 22. The 50-seat restaurant will be open for dinner only and the menu will be based on Nahabedian's love of French cuisine, with a la carte entrees ranging from mid-$30's to $50's. Longtime NAHA sous chef Ali Ratcliffe Bauer will lead the kitchen while Craig Harzewski will head up the desserts. 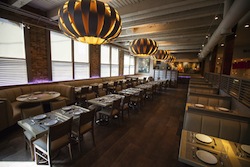 Kabocha
Address: 952 W. Lake
Shin Thompson's Japanese brasserie is set to open very soon featuring American food with Japanese influence and French technique. Hoping to be accessible to all diners, the menu will be divided into raw, small, medium and large sections and also include signature Bonsoiree dishes. The raw bar will feature the shellfish mélange, a seafood tower, while the shabu shabu of prime rib will allow guests to cook their meats tableside in a hot pot. 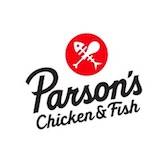 Parson's Chicken & Fish
Address: 2952 W. Armitage
The latest project from Land & Sea Dept., the team behind Longman & Eagle, will open later this spring and feature "elevated shack food" out of a 1,000 square-feet small brick building. The food will be Southern staples like fried chicken, hush puppies and raw oysters from executive chef Hunter Moore (Girl & the Goat, Lula, Nightwood). They're also planning for a giant outdoor patio that can seat 150.

Juno
Address: 2638 N. Lincoln
Jason Chan and B.K. Park's joint spot will open in May and feature contemporary Japanese, focused on seafood with 70 percent sushi and sashimi. There will be five seasonally rotating cocktails as well as a small beer menu highlighting Japanese beers and white ales. 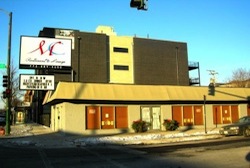 Mott Street
Address: 1401 N. Ashland
The team behind Ruxbin's latest venture will feature late-night street-food-style snacks as well as a beverage program centered on cocktails, beers and possibly wine. The restaurant will house 65 seats along with 40 on the patio, and they hope to turn the parking lot and surrounding outdoor space into a farmers market, vegetable garden and a place to host picnics and movies. 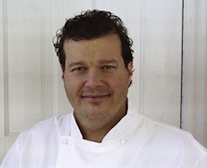 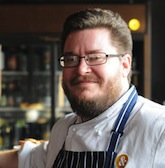 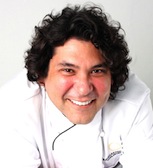 Tanta
Address: 118 W. Grand
Celeb chef and restaurateur Gaston Acurio will be bringing his Peruvian fare to Chicago in the spring. His growing empire already has 32 restaurants around the world serving staples like anticuchos, ceviche, causas and more.

Tre Soldi
Address: 212 E. Ohio
The new 100-seat pizzeria and trattoria in Streeterville will focus on the Lazio region of Italy. Expect Roman-style pizzas and traditional Lazio dishes with a twist such as green paparadelle with fava beans and lamb ragu; lamb chops with artichoke and pancetta; and a lighter version of eggplant parmesan with goat cheese ricotta. It will also feature in-house ice creams, sorbets and desserts as well as a large wine program with over 20 wines by the glass. 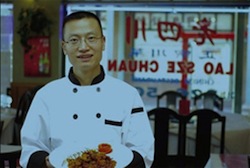 Lao 18
Address: 18 W. Hubbard
A couple of months behind schedule now, Lao 18 will focus on dim sum lunch and a menu of Tony Hu favorites like Tony's Special Chicken, Crispy Shrimp and Szechuan Smoked Tea Duck. It'll be the first of two downtown restaurants Hu plans to open this year. 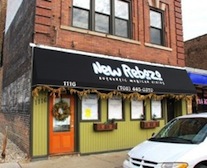 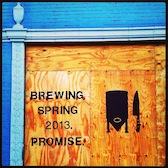 Dryhop Brewers
Address: 3155 N. Broadway
The Lakeview brewpub is on track to open in May and will encompass 3,000 square-feet and seat 70. The six house taps will offer seasonal beers by head brewer Brant Dubovick while Pete Repak, a Charlie Trotter's alum, will be in charge of the small plates, beer-friendly menu. 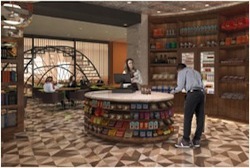 Ferris & Jack
Address: 166 E. Superior
The casual restaurant/marketplace inside the MileNorth Hotel will soon replace the recently shuttered C-House on May 1. It will seat 60 plus an outdoor patio, with a "Ferris wheel-inspired sliding glass door," and be open for breakfast, lunch and dinner. The menu will have a classic Chicago theme and include a sausage trio, Chicago-style hot dog, and beer flight pairings with Goose Island, Bell's Oberon and Wizen Barn Biere. The marketplace will feature a Starbucks, to-go foods and public bookshelves. 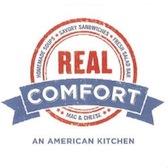 Real Comfort American Kitchen
Address: 1045 W. Madison
For those always on the run with no time to cook, Real Comfort American Kitchen will serve prepared meals to go based on American comfort food. Selections will include 4-5 gourmet mac and cheese creations, 4-5 soups, meatloaf sandwiches, take-home dinners for groups and "interesting plays on things" like a surf & turf sandwich. Look for it open some time between May and June. 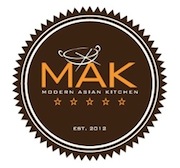 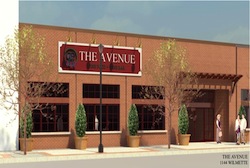 The Avenue
Address: 1144 Wilmette
Wilmette will soon get an enormous new 9,000 square-feet concept by restaurateur Mitch Dulin in May. The 60-seat dining room will be more upscale and include entrees like fresh seafood, pastas, salads and sandwiches around the $14 range. A 30-seat bar will serve craft beers, small-batch bourbon, single malt scotch and a wine list with $6-8 pours, while a front lounge with coffee tables and recliners will provide customers a place to relax. 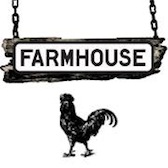 Farmhouse
Address: 703 Church
Farmhouse will open an Evanston outpost in late May in the Hilton Orrington building. The restaurant specializes in "farm-to-tavern" Midwestern food, beer and wine and will have two floors with 160 seats along with an additional 60 patio seats.