Eater contributor Catherine De Orio is a blogger, writer, entrepreneur, Check, Please! finalist, TV and radio personality. In her weekly Tasting Trends piece, she scours the city for what's trending on the dining scene and where you can taste the trend. Follow her culinary adventures on Twitter @CatCalls. This week's trend: Ramps. 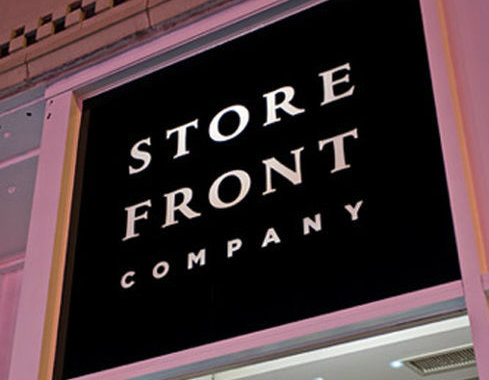 The weather may still be cold and dreary, but the arrival of ramps on menus across town assures people that Spring has arrived. Often referred to as wild leeks or wild onions, ramps are highly seasonal alliums that become available in early Spring?and only for a few weeks. This extremely short growing season sets off a yearly trend on menus when chefs showcase this fleeting seasonal ingredient.

A fan of ramps, chef Bryan Moscatello of Storefront Company looks forward to his first shipment each Spring. "They are one of the few ingredients that are truly seasonal," he says. A dedicated advocate for seasonality, he explains, although he doesn't recommend doing so, that many ingredients can be obtained out of season. Ramps, however, are only available for a short window. "Once the season ends, "he explains, "you cannot get any more." Whether it's their fleeting nature or pungent flavor, ramps have achieved a cult-like status amongst chefs. "They have become the allium of choice for many, " he says.

Ramps can be used in their entirety and lend themselves to multiple preparation techniques. The small white bulb at the root end of the green is similar to a scallion and has a strong bite, whereas the long, flat leaves, ranging in color from reddish-purple at the stem to green further up the leaves, have a milder flavor. Particularly odiferous as well as flavorful, the taste is often likened to a combination of onion and garlic. "It works in so many things," Moscatello says, "it lends a unique flavor to a dish."

His 'Ramps' dish showcases the ingredient's versatility by preparing it three ways: In the form of foam and custard, as well as pickled. "I use the entire ramp in this dish so that it's tasted in its entirety," he says. A puree of sautéed ramp bulbs and blanched leaves is used to make the flan which is set atop a brioche puree. Pickled ramps are added to balance out the richness of the custard, while the ramp foam adds a unique touch.

Whole ramps seared a la plancha and sautéed maitake mushrooms accompany the custard which is garnished with a brioche tuile. Ramps don't require such an intricate preparation Moscatello explains. "They are fantastic with scrambled eggs and they lend great flavor to potatoes," he says. Even on their own, ramps shine. He likes to grill whole ramps, seasoned with oil, salt and pepper, a la plancha and serve them as a side. "There's something to be said about simplicity, the flavor is clean and pure."

And when one ramp dish just won't do--check out Storefront Company's 'kitchen counter' (the area in his restaurant that allows guests to watch and participate in the action of the kitchen from the comfort of their seat in the dining room while enjoying a six-course tasting menu), which offers a ramp-themed menu. Whether they are charred, sautéed, pureed or pickled, ramps appear in some form in each course. "They are not always the starring item," he explains, "I keep it creative so the ramps are always enhancing the dish."

In an attempt to save a bit of the season, he pickles the bulbs to make marmalade and pesto for cooler months as well as dries the leaves and grinds them into a spice for a winter stew. But ramps define this season, and he says quite simply, "It wouldn't be Spring if you didn't get to use a ramp."

See what the stink is about and taste the trend at these spots:

Storefront Company | 1941 West North Avenue | 773.661.2609
In keeping with their dedication to seasonality, the beloved parker house rolls are filled with ramp butter while they are in season. Also expect to see ramps pop up in one of the food-driven kitchen cocktails.

Filini Bar & Restauarant at Radisson Blu | 221 North Columbus Drive | 312.477.0234
Chef William Johnson uses ramps two ways in his venison loin with walnut, ramp and mushrooms dish. The ramps are pickled and used as an accoutrement to add an acidic element to the dish, while the greens from the ramp bulbs are sautéed and made into a puree to serve along side the venison.

Michael Jordan's Steak House | 505 North Michigan Avenue | 312.321.8738
Executive chef James O'Donnell loves ramps—so much that he even included his family on a ramp expedition to help dig up ramps in Michigan for the restaurant and their house. At his restaurant, ramps are prepared three ways in his filet mignon with ramps dish. The filet is set atop ramp puree, finished with ramp butter and then garnished with pickled ramps.

City Tavern | 1416 South Michigan Avenue | 312.663.1278
Pickled ramps add a bit of Spring to the lobster roll which is full of steamed Maine lobster folded into a light aioli of lemon juice, sherry vinegar, spring onion tops, celery, pickled spring garlic, shaved fennel and pickled ramps. This is then heaped into a New England brioche roll and garnished with paprika and more pickled ramps. It is served with potato chips and sauce american.

Lockwood Restaurant & Bar at Palmer House Hilton | 17 East Monroe Street | 312.917.3404
Executive chef Joseph Rose offers an ode to Spring in his risotto made with green and white asparagus, spring peas, pickled ramps, squash blossoms and a red wine poached egg. It is then finished with a ramp puree and sourdough croutons.

Sixteen at Trump International Hotel and Tower | 401 North Wabash Avenue | 16th Floor | 312.588.8000
Executive chef Thomas Lents places ramps in the spotlight in this spring menu "Offerings from the Garden" dish which is composed of a medley of seasonal ingredients including green and white asparagus, snails, ramps, and country ham.

The Pump Room at Public Hotel | 1301 North State Parkway | 312.787.3700
Chef Moosah Reaume will offer a special ramp toast. The bread is toasted in a cast iron skillet and then topped with ramp butter made from sautéed leaves, a thin spread of cream cheese, a layer of thinly sliced pickled ramps and is then garnished with chopped chives. While the season lasts, expect to see pickled ramps on the charcuterie plate as well.

2 Sparrows | 553 West Diversey Parkway | 773.234.2320
Ramps make an appearance in a couple of chef Greg Ellis' dishes this Spring. His cous cous is teeming with roasted beets, pickled ramps, goat cheese, cilantro, cucumber and avocado while caramelized leeks and poached eggs accompany the Parisian gnocchi which is sauced with a spinach-ramp green pesto.

BOKA | 1729 North Halsted Street | 312.337.6070
One can't get more local than chef de cuisine Carl Shelton who grows ramps in front of the restaurant. Still finalizing his ramp dishes for the spring menu, expect to see dishes with his ever creative twist.

Tortoise Club | 350 North State Street | 312.755.1700
Executive chef Gray McNally's risotto is an ode to spring. Ramps and leeks are folded into a creamy morel mushroom risotto that sings of the season.

The Purple Pig | 500 North Michigan Avenue | 312.464.1744
Chef Jimmy Bannos, Jr., lets the wild onion's flavor shine through by simply cooking them on the plancha until tender and charred and serving them with a Spanish romesco sauce.

Embeya | 564 West Randolph Street | 312.612.5640
Charred ramps are mixed with fiddlehead ferns that have been pickled and silken tofu for bright and light dish.