Share All sharing options for: Gimme Some Skin Takes on New Meaning

Eater contributor Catherine De Orio is a blogger, writer, entrepreneur, and TV and radio personality. In her weekly Tasting Trends piece, she scours the city for what's trending on the dining scene and where you can taste the trend. Follow her culinary adventures on Twitter @CatCalls. This week's trend: Animal Skin. 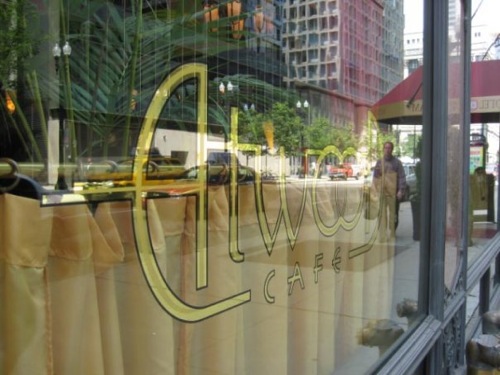 A majority of people would argue that the crunchy, fatty skin of fried chicken or Peking duck's crispy, crackly coating is the best part. Thus, it should come as no surprise that chefs have begun to utilize skin as a separate component in various dishes. At first glance, this might seem to be a trend derived from chefs' constant search for new, unique ingredients and uses for them. Skin, however, is actually a traditional ingredient that has been used in cuisines around the world for generations. One might find people in Japan snacking on chicken or fish skin, while many European Jewish cultures eat gribenes, crispy chicken skin, which is sometimes referred to as "Jewish bacon." In many Latin American countries, one would be hard pressed to not find a roadside stand serving chicharrones, commonly known here as pork rinds. And cracklings, "cracklins," are an American South staple. But whether its gribenes, yakitori kawa, cracklings, chicharrones or some other form of epidermal element, one thing is certain: Skin is in.

Born in Athens, Greece, but with strong familial ties to the American South, executive chef of Atwood Café, in the Burnham Hotel, Derek Simcik, enjoys incorporating skins into his dishes. Utilizing skin as an ingredient serves myriad purposes.

First there's the textural aspect. "When adding skin as its own element, you get crunch and crispiness without having to add in nuts or something deep fried to give the same textural pop," Simcik explains. A touch of creaminess, even when the skins are dry and crunchy, is added when using skin due to its fatty composition. From a flavor perspective, skin lends a dish a bit of savory, salinity--Simcik likens it to adding parmesan cheese to a risotto or sauce.

"It gives a bit of saltiness without adding salt." From a practical perspective, finding uses for the skin helps reduce kitchen waste. "It allows us to utilize a part we might discard," he says, "It allows me to use the entire animal." This philosophy falls in line with the recent movement towards nose-to-tail cooking. And lastly, for him, there's a nostalgic, approachable element with cracklings since he would enjoy them on family road trips through the South as a boy.

There are many ways to cook a skin: baked between two silpat mats, pan-fried, deep-fried, even applied to other ingredients using albumen-based 'meat glue' allowing a chef to adhere a skin from one animal to another and lend a flavor and textural element to a dish it would normally never have—think chicken skin wrapped lobster. Simcik likes his skins fried and crispy, whether he's preparing, or eating them.

"I know it's not healthy, but I can't stop, I keep wanting more," he laughs. When using duck or chicken, he confits the breast or thigh first, removes the skin, dries it and fries it off until it's crispy. "This adds a saltiness aspect from the confit method," he explains. Pork gets dehydrated first, chiffonaded (cut into long, thin strips) and deep-fried. These break apart, resembling popped rice and "create little bits of fatty deliciousness."

Are all skins created equal? "The differences lay in the texture and size between different skins," says Simcik. With duck, since there is so much fat, "you get more juiciness to it when you eat it." Chicken tends to be crispier, almost 'chip-like." With fish skins, a saltwater fish will take on the saltiness of the sea, whereas something like a brook trout will be less salty, more fragile, almost glass-like. And swine brings with it a 'sweetness.'

Playing off this sweetness, Simcik's Spring menu offers an interesting small plate comprised of compressed pork belly with a 'Fig Newton.' "Pork lends itself so well to sweetness, but I wanted to a touch of savory, saltiness without adding bacon."

The creative solution was to take a slightly less sweet tuile batter, layer it with crispy, chicken skin and then bake it to form the 'cookie' wafer within which he pipes a homemade fig puree. The chicken skin gives the cookie a sweet, savory, creamy, crunchy juxtaposition of flavors and textures. And keeping with his mission to waste as little as possible, any bits of leftover chicken skin are deep-fried and sprinkled over the top of the pork belly for an additional flavor punch.

Go have the chefs show you some skin, here's where to taste the trend:

Atwood Café | 1 West Washington Street | 312.368.1900
Chef Derek Simcik likens his salmon dish, which showcases all the different textures and flavors of the same protein, to 'chips and salsa.' He starts by making a cured salmon belly/creme fraiche, composed of salmon crudo, beets, herb purée and salmon tartar. The tartar is made of quail egg and crispy salmon skin that is baked between silpat mats to give it a chip-like texture.

Spiaggia | 980 North Michigan Avenue | 312.280.2750
One of the dishes on Spiaggia's newly launched six-course pasta tasting menu is a tortelloni dish made with Jidori chicken terrine and black truffle. The dish is garnished with fried pieces of crispy Jidori chicken skin, giving the dish a nice textural component and a delicious salty finish.

Ada Street | 1664 North Ada Street | 773.697.7069
Chef Zoe Schor at Ada Street uses the skins of both fish and fowl. Her duck confit dish is topped with crispy duck skin. And her mackerel ceviche is mixed with crispy chicken skin to add a bit of crunch.

Yusho| 2853 North Kedzie Avenue | 773.904.8558
At Matthias Merges yakitori-inspired Avondale restaurant, skin is placed center stage in the off menu 'skin sampler' basket. At first glance what appears to be a basket of flatbreads, is actually flat sheets of crispy chicken, pork and salmon skin kissed with a variety of seasonings like mustard, togarashi and garlic.

Purple Pig | 500 North Michigan Avenue | 312.464.1744
Located in the back of a non-descript office building, just off bustling Michigan Avenue, this Mediterranean small plates restaurant is a rare dining gem amidst the touristy area. The new menu item pork tripe & pig's feet with chicken sausage, black-eyed peas uses crumbled house-made pork rinds for breadcrumbs. Sprinkled on top, they give an extra layer of crispiness and richness to the dish.

The Publican | 837 West Fulton Market | 312.733.9555
This European gastro-pub is an ode to all things pork. Paul Kahan was one of the first chefs in Chicago to place pork rinds on the menu—and his are still some of the best in town.

Sumi Robata Bar | 702 North Wells Street | 312.988.7864
Chef Gene Kato features a variety of "skin" dishes at his River North restaurant. But check out the robata menu, where he serves straight up chicken skin, cooked on the robata grill until the edges are crisp-edged.

Storefront Company | 1941 W North Ave | 773.661.2609
Chef Bryan Moscatello of this Michelin Bib Gourmand winning restaurant is a big fan of skin. His hen entrée is served with mushrooms, Covington sweets, rutabaga, and leaves. The bird's skin is ground up and cooked, creating a "pop-rock" like topping to the dish while adding an incredible textural element.

Catherine De Orio dishes on all things cuisine, cocktail and cosmopolitan for editorial and broadcast outlets locally and nationally. You can follow her on twitter @CatCalls