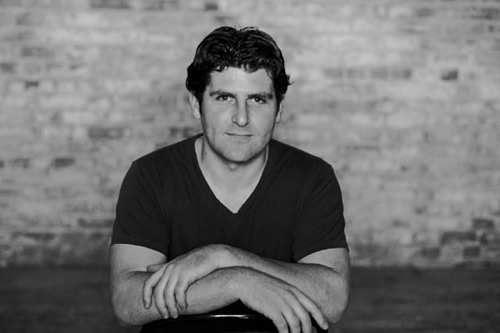 From Chicago to the coasts, Au Cheval's success is difficult to understate. Raucous yet understated, both diner and craft-beer haven, traditional and cutting edge—it either spawned a brand new trend or liberally borrowed from others, depending on who you ask. If you ask Brendan Sodikoff, he just wants to create stories and change people's views of what's possible in hospitality.

"Changing everyday reality is kind of fun," he says. "I want people to experience the world a little differently. I want to create great memories."

After one year (the anniversary was February 22), what realities have been changed is debatable. The immediate success of the restaurant, however, is difficult to debate.

Au Cheval has received so many accolades, including being named best new burger in the country, did you expect any of that to happen?
No. I don't process stuff like that so it honestly never even occurred to me that we would get an accolade for anything. That was never even my goal. I really do care about the product a lot and I care about the experience a lot, and that's really my focus. We're delivering something that I really believe in, that I feel is a true product, and there's a lot of definitions of that. Honestly a $9 burger is different than a $50 steak or whatever it is, but it's all sort of the same, you have a certain level of quality you want to hit and experience you want to deliver. I just try to make it the best I can, I wait to see what people think about it, and then I try to adjust. Sometimes I have some idea that I think will be great, that people will love it, and no, they don't like it. Sometimes we miss the target a little bit. Au Cheval is not for everybody, some people hate it. It's really loud, it's really boisterous, it's packed in there, people don't like it sometimes. If they're looking for a quiet restaurant to have a date or a conversation, maybe Au Cheval is not the right place. But for the person who wants that experience, it's pretty fun.

Does it feel like it's been a year?
It feels like it's been a day and an eternity together. A year has gone by really quick. I can't remember what life is like without Au Cheval, yet it feels like we just opened it. Time just kind of works like that. We've been so busy doing all sorts of things and the restaurant itself has been so busy. It's been so busy, I just can't believe it. Packed. You do lose track of time, even the days go by really fast. We've gotten better over the year, we've opened up more hours. I'm happy with where we've gotten.

When something like Au Cheval is so successful, does it impact the way you treat future concepts at all?
It makes me nervous. Not for future stuff but for current stuff. If you never read about Au Cheval ever, never experienced it, you didn't know anything about it, and happened to walk in off the street and you order a burger. You'd probably have no expectations of it, you're just hungry, let's get a burger. You get this burger and you're like "oh, this is so good!" Total surprise. If you read something that says best burger in the country, you're like "come on. I know what my best burger is. I had it over here when I was nine-years-old." People are coming in with expectations of what it should be rather than what it is. It's not the burger for everybody, it's a very simple diner-style burger. It's very thin, griddled, there's not a pile of fresh veg on the top. I'm conflicted. Do I like getting accolades? Of course. It's nice, it helps the business, it draws business and everything. But I don't like expectations.

It sounds like you'd rather fly under the radar. Is that true?
Always. I'd prefer it. I think expectations get in the way of experience sometimes. I don't want them to come in with expectations, I just want them to come in and leave really happy. But people disagree with me on that. We still get people that come in to Au Cheval that have never been there, they were just walking down the street, walk inside, and they're like really happy. They're like, "this is so good! I love this place!" It feels pretty good when that happens.

With the places you've opened and all the ones that are coming, does Au Cheval hold a special place for you? Or does it feel like one of many?
They're all very personal for me. I'm very hands-on with them. I built them. I stained the whole floor in here. I've actually physically participated in building every restaurant we've done. They're all very different, they all came at different times in the company's growth and I like that and want to keep it like that. But (Au Cheval) is a very special one. We didn't know what would happen. How would we know if someone wanted to go to a diner-style restaurant that slams vintage hip hop and has a giant beer list? I told people the concept and they looked at me like I was an idiot. They were like "there's no way that's going to work." And I said, "no, it'll be fun. The cooks will be dancing, everybody will be having a good time, the food will be good." I think what Au Cheval represents is the idea of taking a risk. I could have easily not gone well, but it's worth it to bring something into being that didn't exist before. It's an important one for us, for sure.

What did you have to tweak during the first year?
The biggest thing is we weren't expecting to be that busy. The air conditioning there was hopeless so we literally had to double the a/c capacity. Cooling the room with all those people in such a small space was hard so we fixed that right away. There's so much in-and-out of there that the door broke off. We had to get a stronger door to handle the traffic. Because it slammed so much the glass cracked a little bit but we don't want to peel everything off and do it until summertime. We always try to maintain music and introduce new sets. The music there is run off a reel-to-reel so it's a little more involved to put together a new playlist. Because the reels are getting so much use they're starting to wear out. People think it's so much bullshit and are like "why don't you just play an IPod?" An IPod sounds good in there but the reel just feels very warm. It's totally ridiculous but fun. People get into it.

Going forward, do you think you'll have to make any changes with Au Cheval?
I think our changes are just going to have to be with consistency in hospitality. The hardest thing with Au Cheval is it's busy. Someone comes in to get a burger and you have to tell them it'll be a two-hour wait. That already sucks. They came out of their way to come to your place and you say, "we can't even let you in the building right now. The bar is full, there's no place to stand, we'll take your phone number and call you back in a little bit if you want to wait." Then they come back, if they decide to wait, and they sit down at the table, and the servers are just getting murdered over there. They get tired, maybe they had a table right before you that decided to scream at them, it happens all the time. They're just factual, like "welcome to Au Cheval, how may I help you," and they feel rushed now. The hardest thing about that restaurant, and what we need to work on the most, is taking the time to be hospitable to people even though there's no time. I like that when I go to Au Cheval I know what I'm going to order there before I go there. I don't want any surprises in that particular restaurant.

What have you learned from the experience?
That opening a restaurant that's received well and is really busy is only the beginning. It's not the end. That's when the expectations start, that's when you're dealing with more volume, that's when you start to make the biggest mistakes. I've learned a lot from that restaurant, it helped us in opening (Bavette's). It helped us in navigating demand. I believe that the right hospitality experience is life changing. People come in and they leave different when they've had a wonderful experience. They can come in off the street having a terrible day, they can leave having a wonderful night. We try to treat everybody with dignity and respect that comes in here and all we ask in return is the same thing. Au Cheval pushes those limits on both sides and it's helped us try to understand how to manage us better.

What's one thing people don't know about you?
Not very much, boring things. I'm a pretty good barista. I'm honestly the most boring person in the world. Here's one thing people don't know about me: I have no hobbies, no interests, I try to exercise. My play time, my work time, and my life revolves around this. What you see is what you get.
·All Au Cheval Coverage [~ECHI~]
·All Brendan Sodikoff Coverage [~ECHI~]