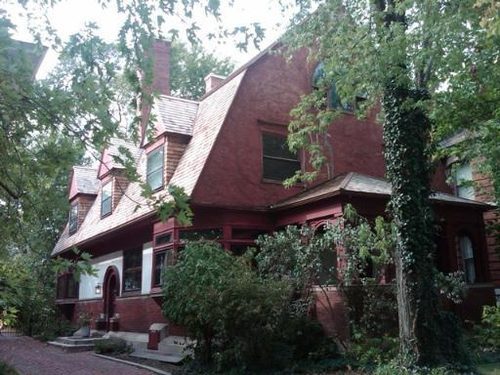 KENWOOD— A pair of Frank Lloyd Wright "bootleg" houses, on the market since the fall, have absorbed $200 price cuts. One per, that is. The early experiments, built by a moonlighting Wright in 1892, are eclectic, approachable, unexpected, and are now asking around $1.29M apiece.

WEST LOOP— The Gateway development at Halsted b/w Monroe and Madison is back to being mixed-use after developers re-introduced the tower component at a public meeting this week. Approved as a 25-story hotel, a lack of interest from that industry prompted a change to apartments: 200 of them in a 20-story building. Neighbors are nonplussed, for various reasons. Read about it.

FULTON RIVER DISTRICT— Curbed swung by K2 at Kinzie Station for a building preview as occupancy begins at the 34-story tower. Fifield Cos' final K Station tower is a hefty one, with 496 one-, two-, and three-bed apartments and a couple dozen floor plans to choose from. The units are pretty utilitarian, but upwardly mobile renters will still probably flock to the tower for its amenities and location. Rents start at $1,650 and end at $6,500.

WEST LOOP— In our first-ever Curbed's Could Have Been feature post, we looked over the grandiose Civic Center design included in Daniel Burnham's 1909 Plan of Chicago, a man defined by epic ambition and architecture. Alas, this one was just too large and risky for the city to stomach, especially when other large civic structures were already in the pipeline (City Hall). But man, what a trip!