Lobster Rolls are Hot, Here's Where to Find Them

Share All sharing options for: Lobster Rolls are Hot, Here's Where to Find Them

Eater contributor Catherine De Orio is a blogger, writer, entrepreneur, and TV and radio personality. In her weekly Tasting Trends piece, she scours the city for what's trending on the dining scene and where you can taste the trend. Follow her culinary adventures on Twitter @CatCalls. This week's trend: Lobster Rolls. 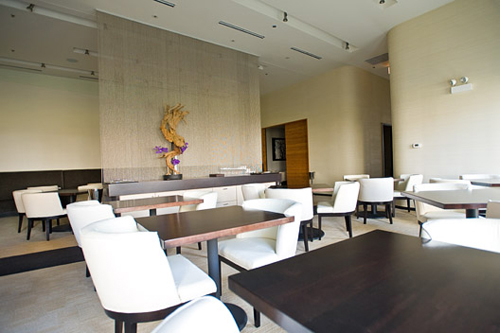 Despite still frigid temperatures, warm weather is ahead and how better to focus forward than by indulging in a seafood shack staple that screams summer: the lobster roll. Its earliest version was allegedly created to placate the delicate sensibilities of 19th-century aristocratic New England hostesses who found tableside dismemberment of crustaceans messy and uncouth. So they served it as a salad, with a sometime side of toast. The creation of the hot dog bun nearly a century later and a little creativity placed the lobster into the bread, resulting in the traditional lobster roll.

Unquestionably created on the East Coast, its exact origin is a topic of hot debate— some say Connecticut, while others argue Maine. As a result there are two distinct variations of this sandwich. Simplicity is the key in the Connecticut style roll—lobster is served warm with butter in a steamed, split top hot dog bun. While the Maine-style roll is served cold with mayonnaise, in a split top hot dog bun that has been buttered on the outside and grilled. In this version, one might find a hint of lemon, seasonings like Old Bay, Paprika or Cajun, as well as celery, herbs or greens. When people think of lobster rolls, Maine style is what comes to mind. So, we spoke to Chef Ryan McCaskey, executive chef of Michelin-starred Acadia who worked and spent childhood summers in Maine and happens to offer one of the most authentic lobster rolls in town. "I wanted to pay homage to my experiences there—it's like my second home," he says.

A lobster roll's essential ingredients are simply a top split bun (so, it opens on top instead of the side) and lobster meat. Like so many sandwiches that have come before, the bread is of the utmost importance. It's so vital that McCaskey worked out a deal with his lobster purveyor for them to buy and send packages of a specific type of bread, used for lobster rolls, and only sold in Maine (and not available for interstate shipping) with his order. "I tried making buns in house and they just aren't the same. The bread," he explains, "should be buttery and crispy on the outside and steam on the inside—warming the lobster with the steam."

And what of the lobster—which part makes for the best roll? Claw, tail and knuckles are used for the filling, but McCaskey says his favorite part is the knuckle meat 'because it's sweet and more toothsome than the other parts.' The meat is quickly cooked in hot water, broken down, chopped, mixed with some mayonnaise, a squeeze of lemon and some chives. A high quality paprika blend is sprinkled over the top to give a bit of depth. He explains the spice is a traditional garnish on Maine lobster rolls. Armed with definite opinions on what goes into a good roll, he tells us he finds the addition of celery "kinda gross" and views lettuce "as just a filler?because I'd rather have more lobster." He quickly adds that these opinions are based on what he ate there as a child. "This is what I grew up with, its what I know." So instead of giving a gussied up version of his childhood fare, he focuses on offering the best, most authentic version of its simple self. "I'm a purist at heart," he says, "I wanted to give an authentic experience, not try to change it."

This high-low treat of luxurious lobster piled into a humble hot dog bun has made its way onto numerous menus around town. Here's where to taste the trend:

Acadia | 1639 South Wabash Avenue | 312.360.9500
Chef McCaskey serves a straightforward, traditional lobster roll on his bar menu, explaining, "I wanted it to be authentic, I didn't want to reinvent it." Utilizing nearly a whole lobster in each sandwich, hunks of succulent lobster are heaped into a top-split buttery, pan-toasted bun. The unfussy dressing of mayonnaise, lemon juice and chives with a dash of smoky-sweet paprika, proving that flavorful doesn't have to be fancy.

GT Fish & Oyster | 531 North Wells Street | 312.929.3501
It's no surprise that the incredibly talented chef Giuseppe Tentori turns out an impressive lobster roll. His version starts with a crispy, buttery housemade brioche dough roll that is stuffed full of hunks of homemade mayonnaise coated lobster, a squirt of lemon and crunchy bits of celery. The dish is served with fried shoestring onions and homemade pickled veggies.

New England Seafood Company Fish Market | 3341 North Lincoln Avenue | 773.871.3474
This rendition lets the ingredients sing via its simple preparation. Fresh, cool lobster pieces are heaped into a buttery, grilled bun which is then drizzled with warm drawn butter to give a bit of contrast. It's then garnished with a paprika seasoning blend and served with side of chips.

Shaw's | 21 East Hubbard Street | 312.527.2722 | 1900 E. Higgins Rd, Schaumburg | 847.517.2722
A staple in the Chicago seafood dining scene, their New England lobster roll is the second highest seller on the lunch menu. Hand-picked whole lobsters that are steamed, lightly seasoned, chopped, mixed with Hellman's mayonnaise and diced celery make up the filling. It's then added to a housemade brioche 'hot dog' bun that has been basted with butter and grilled. Hand-cut fries, coleslaw and a pickle round out the dish.

Tortoise Club | 350 North State Street | 312.755.1700
The classic Maine lobster roll at this swank supper club style restaurant can be enjoyed on both the lunch and dinner menu. Served in a buttered and toasted traditional New England roll, an entire pound of freshly cooked lobster that has been minimally dressed with a bright housemade lemon herb aioli is used for each sandwich. Housemade salt & vinegar Kennebec potato chips serve as the perfect accompaniment.

Da Lobsta | 12 East Cedar Street | 312.929.2423
At this Gold Coast newcomer, a traditional roll dresses the lobster in tarragon mayonnaise and garlic butter. But it's the global influences in their other options that really make it worth a visit or many. The Asian Lobster roll starts with chunks of fresh lobster and then mixes it with soy mayonnaise, Szechwan sauce, Asian slaw and scallions while the Greek version replaces mayonnaise with garlicky, yogurt-based tzaziki sauce and adds feta, cucumbers and tomato to the mix. A variety of Cape Cod chips to choose from lends it an authentic lobster shack touch.

Catherine De Orio dishes on all things cuisine, cocktail and cosmopolitan for editorial and broadcast outlets locally and nationally. You can follow her on twitter @CatCalls
· All Tasting Trends [~ECHI~]