Where to Get Your Curds and Gravy

Share All sharing options for: Where to Get Your Curds and Gravy

Eater contributor Catherine De Orio is a blogger, writer, entrepreneur, and TV and radio personality. In her weekly Tasting Trends piece, she scours the city for what's trending on the dining scene and where you can taste the trend. Follow her culinary adventures on Twitter @CatCalls. This week's trend: Poutine. 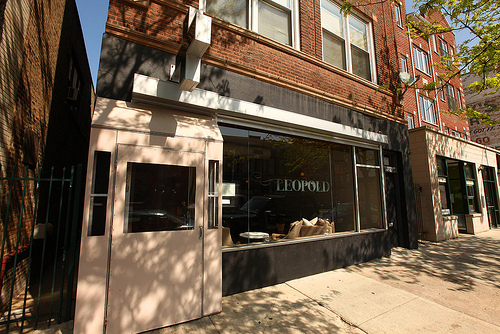 So, a guy walks into a restaurant in Quebec, Canada and orders some fries to go. He spots a snack pack of cheese curds near the register and asks to have the two tossed together. And so it goes, an early rendition of poutine was born. Brown gravy, the third ingredient in this trifecta of gluttony, was later added as a way to keep the fries warm longer. Multiple restaurants have laid claim to the invention of this national dish of Canada, leaving its actual origin somewhat unclear save for a rough invention date falling between the mid-1950s-60s.

As for the name, multiple theories. Some say it's from the English word 'pudding,' while others attribute it to words from regional dialects—poutingo, poutite, poutringo, translating to 'bad stew,' hodgepodge,' and 'mixture of various things.' All serve as apt descriptions. But, no matter how muddy its history, the one thing that is clear is its recent rise in popularity.

Considering all of the energy spent bickering over who created the dish and how it was named, one might expect it to be a gastronomic feat. Poutine, however, is a humble mix of french fries and cheddar cheese curds topped with gravy. Quebec native Christian Gosselin, executive chef at The Boarding House, discusses this Canadian dish. "Where I am from, it is a traditional thing, it is everywhere?it's even in McDonald's," says Gosselin. In Quebec, he explains, people typically eat this after a night out (drunk food if you will) or a casual Sunday in the summer when families head outdoors and eat at a casse-croûte which is "basically a potato shack."

Despite the simple ingredients that comprise a traditional poutine, there are some definitive guidelines for what makes a great poutine. This is a dish of textures and in order to achieve the proper one, one must mind the ingredients, quality and the order in which they are added to the dish, as well as temperature and timing. "The fries need to be medium thickness, not more than 3-4 inches or else they will break and they need to be very crispy, but soft on the inside," explains Gosselin. Additional texture is added to the dish with cheddar cheese curds. "The best curds," he says, "are the ones that are really fresh, made the same day—they are really squeaky and there is still a little bit of milk in the bottom." And lastly, the gravy—achieving the right consistency is what keeps the dish from turning into an unappetizing soggy mess. "The gravy needs to be thick enough that it coats the fry," he explains, "but thin enough that it isn't just on top of the fries."

The gravy should then be poured over the fries and cheese curds right before serving to warm the cheese, but not completely melt it—resulting in an addictive mélange of textures.

"I'm noticing that poutine is starting to become big in Chicago and I am happy about that," says Gosselin. We have embraced our North American neighbor's national dish and it is now available on menus around the city with many of our top chefs giving this humble food a gourmet makeover. Head here to taste the trend:

The Boarding House | 720 N. Wells Street | 312.280.07202
Chef Gosselin offers two types of poutine as well as a poutine pizza at the new River North restaurant. A traditional poutine can be ordered on the first floor and his upscale lobster poutine is on offer in the upstairs dining room. Made with chunks of lobster and an armoricaine sauce, this is not your father's poutine. Additionally, he merges his Quebec roots with his Chicago home in his poutine pizza—a pizza crust topped with poutine gravy, braised chicken, cheese curds and freshly fried diced potatoes that are added to the fresh from the oven pizza.

BadHappy Poutine Shop | 939 N. Orleans Street | 312.890.2165
This BYOB River North shop serves up creative, gourmet versions of this Canadian comfort food. The good, the bad & the happy takes french fries and cheese curds and then adds every gourmands favorite ingredients: pork belly, truffle mayonnaise, foie gras mousse and gravy and a sunny side up egg. It doesn't get any better than this?unless you add one of their cake shakes to your order.

The Gage | 24 South Michigan Avenue | 312.372.4243
The first restaurant in Chicago to offer poutine, it has been a constant on the menu for over five years. This upscale gastro-pub uses game meats to give it a unique take. Elk is currently on the menu, but other game meats, like wild boar, make appearances through the year.

Little Market Brasserie |10 E. Delaware (312) 640-8141
Gold Coast newcomer recommends one enjoy poutine at any time of the meal. Their stick to your ribs mix of fries, cheese curds, short rib and brown gravy is on offer on both the lunch and dinner menu—ensuring you can always get your fix.

Bite Cafe | 1035 N Western Avenue | 773.395.2483
Their breakfast poutine of french fries, cheese curds, poached eggs and pickled chili topped with your choice of bacon or mushroom gravy is the perfect meal after a rowdy night out.

Leopold |1450 W Chicago Avenue | 312.348.1028
Chef Reynolds poutine is a balanced explosion of flavor on this Belgium restaurant's menu. Starting with hand-cut fries, he adds Nordic cheese curds, drizzles it with merguez gravy and cuts through the richness of the dish with just a hint of acid from the addition of pickled peppers.

Three Aces | 1321 W Taylor Street | 312.243.1577
Located in Little Italy, it is fitting their poutine is given an Italian-style spin. Here, fries are covered with Bolognese sauce and parmesan cheese.

Catherine De Orio dishes on all things cuisine, cocktail and cosmopolitan for editorial and broadcast outlets locally and nationally. You can follow her on twitter @CatCalls