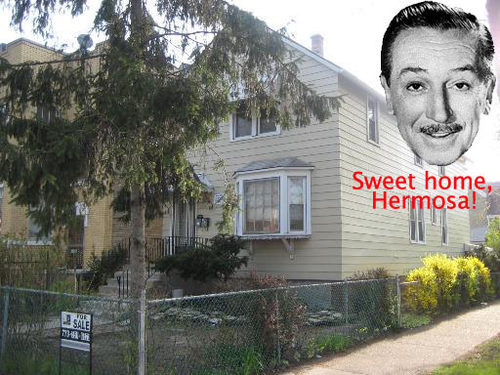 HERMOSA—Walt Disney's birthplace and boyhood home is changing hands on the Northwest Side, and the new owners will transition its usage to house museum/cultural center. Disney films might not be all that divisive, but Walt certainly was with his well-documented xenophobia. The modest 1901 home has been denied landmark status before, but Rahm Emanuel and other city leaders continue to celebrate its existence.

WEST LOOP—The West Loop is having its moment with lots of medium- to medium-large construction rocking the nabe. Curbed visited four of these active sites in one outing early this week, all of which promise to consolidate the area's affluence when they open. As these projects near completion, look for several others to break ground.

EVERYWHERE—Curbed's biweekly rental roundup targets a $4,500/month price point this time around. Even if you don't know anyone with that much to burn on rent, we invite you to sear these fine rentals into your retina.

LINCOLN PARK— A longstanding magnet for Curbed commentary has sold in Lincoln Park for $1.625M. We'll miss the once-a-year lambasting of the vintage Victorian's gut-reno'd tetris interiors— interiors that ate away at value and dignity. See what it's all about!