What Were the Biggest Dining Surprises of 2013?

Share All sharing options for: What Were the Biggest Dining Surprises of 2013? 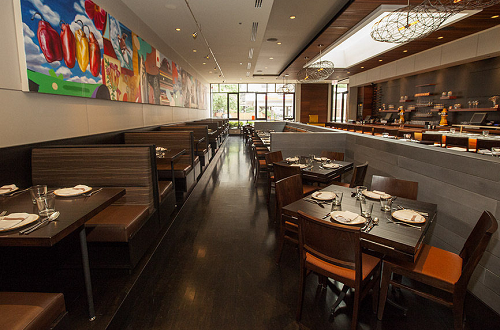 The success of Tanta was a surprise to some [Photo: Marc Much]

Q: What was the biggest dining surprise of 2013?

Chandra Ram, Plate: Mike Sheerin leaving Trenchermen; I loved that he and his brother were cooking together.

Mike Gebert, The Reader/Serious Eats: Smalls Smoke Shack. Turns out I love Texas BBQ-Filipino fusion, almost as much as Portuguese-Macanese. Also the Midnight Special at Leadbelly, the burger with pico de gallo and Fritos on it, is hilariously wonderful.

Amy Cavanaugh, Time Out Chicago: The closing of City Provisions was surprising and incredibly disappointing.

Chris LaMorte, Urban Daddy: Tanta. Who knew there was a pent-up demand for pisco sours in this town?

Carly Fisher, Food Fanatics: That German and "The Alps" are becoming trendy (Dusek's, Table Donkey and Stick, The Radler, etc.). I love German food but it's not really the prettiest or struck me as super interesting.

Michael Nagrant, RedEye: I did not expect Jeff Mahin and Stella Barra. I figured it would be middle of the road Lettuce Entertain You fare, but that pizza is very special.

Jeff Ruby, Chicago Magazine: Tanta. I was ready to hate the place for the usual reasons—big chef comes to Chicago without knowing much about the city, thinks he can win us over—and then the restaurant won me over. It's undeniably good.

Nick Kindelsperger, Serious Eats: I'm having a hard time finding a better dry-aged steak in Chicago than the one I've eaten twice at Owen & Engine.

Sarah Freeman, Zagat: I don't know why the words "gluten free" kept me away from Senza for so long. But when I finally sat down for a meal, the experience was very pleasantly surprising. I think it speaks a lot to the talent of a chef when he can create exceptional cuisine while working within the constraints of a dietary restriction.

Sean Cooley, Thrillist: This year we put together a list of Bad Decision Bars and was pleasantly surprised by the shamelessness of our readers. Everyone weighed in with their own personal horror stories, highlighted by the WGN news anchors discussing what 4 a.m. dives they've frequented.

Lisa Shames, CS: How easy it is to find a great cocktail at so many restaurants.
· All Year in Eater 2013 Coverage [-ECHI-]