What Was Chicago's Best Dining Neighborhood in 2013?

Share All sharing options for: What Was Chicago's Best Dining Neighborhood in 2013? 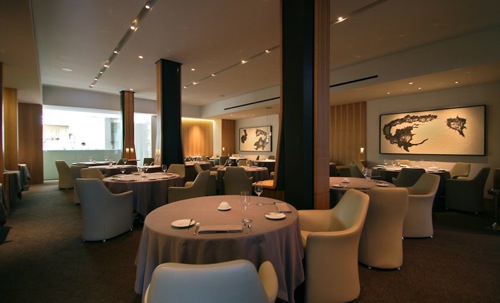 Q: What was the best dining neighborhood in Chicago in 2013?

Mike Gebert, The Reader/Serious Eats: I've said Chinatown before because I thought at least one person should not say "Logan Square," but it really did shine this year with exciting new Chinese places and at least tentative steps into Vietnamese and Thai. Chinatown, the next Randolph Street.

Nick Kindelsperger, Serious Eats: If you have money to burn, the West Loop is there for you. Otherwise, the number of exceptional restaurants in Logan Square is incredible.

Chandra Ram, Plate: Fulton Market, especially the stretch between La Sirena Clandestina and PQM. It's impossible to get a bad meal (but equally impossible to park)

Sarah Freeman, Zagat: I don't think there was one standout neighborhood this year. West Loop continues to be a culinary destination while Logan Square is catching up quickly. But great restaurants opened up all over the city, from Honey Butter Fried Chicken in Avondale to A10 in Hyde Park.

Lisa Shames, CS: West Loop. Love that not only new restaurants are opening there but places like West Loop Salumi too and that old timers like J.P. Graziano keep it interesting like they did with the chef-driven gelato.

Steve Dolinsky, ABC7: West Town for sure. Embeya, Girl and the Goat, Au Cheval, The Publican, avec, Blackbird, Maude's, Next, Aviary, La Sirena Clandestina, a reinvigorated Chicago French Market...I should have bought a condo there.