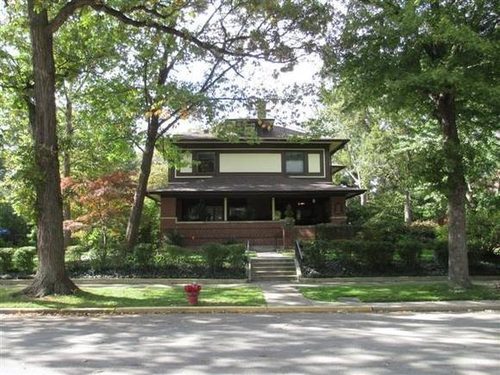 BEVERLY—Drop what you're doing! Another Frank Lloyd Wright house has hit the market, this time on the Far Southwest Side. Curbed pitched the $1.175M Prairie-style property as uncharacteristic of Lord Wright in some important ways— enough so that he came to dislike the work. But we still like it!

LAKEVIEW/BOYSTOWN—In a really funny interlude at Curbed, we posted a recap of a neighbor beef over sex noises that somehow went public—and viral—earlier this week. In case you missed the exchange of angry hall notes, here it is again.

NEAR NORTH SIDE—This week the National Association of Realtors announced a major upheaval at their Mag Mile HQ: the group wants to tear down the bleak 1960s office building and erect a two-million square-foot, 93-story 'supertall' in its place. Egotists rejoice!

RIVER NORTH—In other big development news, site prep has begun for Wolf Point's 48-story West Tower, first of three mixed-use residential buildings keyed in on the vacant four-acre site. It's been a long time coming, but now we're almost assured at least one significant tower and some new riverwalk by late 2015.