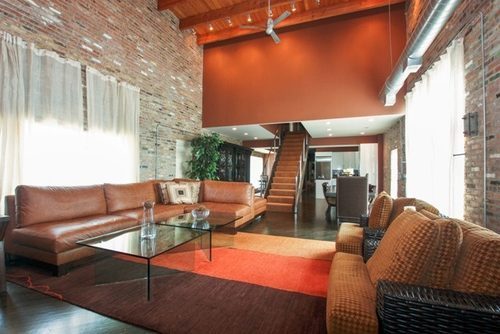 SOUTH LOOP— Another interior by the legendary Nate Berkus has hit the market in the South Loop. It's an understated, passive work, leaving the viewer wondering just how involved Berkus actually was with the design. The duplex loft is free to rest on its laurels: the architecture alone imparts 24-foot ceilings, exposed brick, timber beams, and a floating staircase. The asking price: $925K.

EVERYWHERE— It's baaack! Curbed's Halloween map of the city's most haunted sites, that is. Come leaf through the 23-entry collection, expanded to include more spooky houses and infamous places of business.

STREETERVILLE— Sketches depicting a pair of mixed-use residential towers at the former Chicago Spire site got some play in the blogosphere this week. Carbon dating renderings can be a really hard thing, so we can't be sure they're brand new. Nevertheless, the Perkins + Will design is unfamiliar to us and your everyday skyscraper enthusiast.

STREETERVILLE— High up in the penthouse tier of the John Hancock Center is a provocatively minimalist unit, composed of broad black and white brush strokes. Readers are fairly united in their admiration for the place, on the market for $1.6M, but also express a vivid out-of-body experience wherein they're transported to an early '90s coke den.