Share All sharing options for: Will Duncan's House Hot Punch at Punch House

As part of Eater's second annual Cocktail Week, bartenders at five Chicago restaurants or bars made a special limited-edition cocktail, served just this week. Today we introduce the House Hot Punch from Will Duncan at Punch House. 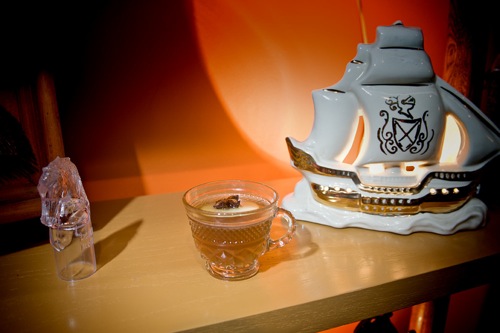 Since opening just over a month ago, Punch House, the Longman & Eagle spinoff underneath Dusek's in Thalia Hall, has only served cold punches. But for Eater's second annual Cocktail Week, beverage director Will Duncan created Punch House's first hot punch and added it to the menu yesterday. 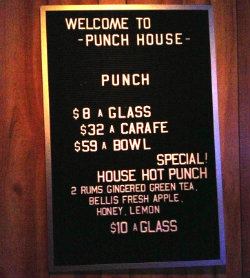 He mixes the rums with hot gingered green tea, fresh pressed apple juice from neighboring Belli's, honey, and lemon. He finishes the drink with a star anise garnish.

On sale now, Duncan says that nearly every table in Punch House ordered one last night; 27 were sold on a Monday. With the weather turning cool, stop by Punch House down in Pilsen to warm up with a "House Hot Punch" for $10 a glass.
· All Cocktail Week 2013 Coverage [-ECHI-]