Impertinent Questions with Charles Joly of The Aviary

Share All sharing options for: Impertinent Questions with Charles Joly of The Aviary

Eater contributor David Hammond is a co-founder and lead moderator of LTHForum.com, wrote the "Food Detective" column and now writes the "What to Do With" column for the Chicago Sun-Times, and is a columnist for the Wednesday Journal. His cable television series "You Really Should Eat This" focuses on Oak Park, Illinois; two segments from this series will screen at the upcoming Chicago Food Film Festival. 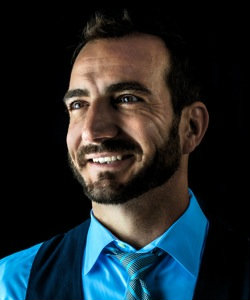 It's fair to say that The Aviary is a game-changing "bar." Next door to Next, The Aviary is a sophisticated space where complex and provocative cocktails are presented in contraptions that might seem more appropriate in a lab or an art gallery than a bar. Inside, Charles Joly gives his cocktail creations the attention to detail and focus that one could reasonably expect from an associate of Grant Achatz.

Joly graciously consented to submit to some impertinent questions, and I was interested in his considered opinions regarding flair bartenders, Cat Stevens and hooking up with strangers at The Aviary.

I didn't know that?
It is, and several thousand from the press and beverage industry are there. So receiving this recognition—Best American Bartender—is a huge honor.

Okay, Best American Bartender, but do you actually have a "bar" at Aviary?
We have a bar downstairs in The Office and we have a cocktail preparation area in the kitchen.

Would you refer to yourself as a mixologist or a bartender?
Mixologist!? I couldn't use the word "mixologist" and then kiss my mother with that mouth. Mixology is the craft of creating cocktails, but the deeper role is that of bartender. The word "mixologist" is mostly good just for media. For a bartender, it's a career, and bartenders make it their business to have an in-depth knowledge of spirits.

What does Aviary have to do with birds?
We do have a cage.

Does it have a bird in it?
No.

Then I'm not sure that counts.
On the other hand, we do have a team of busy bees working all the time so maybe it should have been called The Apiary.

Good one. It's my understanding that Charlie Trotter never served liquor at his place because he thought it was too "hot" for the food he was serving. How do you engineer drinks to work with food?
I love pairing cocktails with food, and a lot of my friends who are sommeliers always have a little envy in their eyes, because after the vintner has done his job, it's all in the bottle and the somme's job is just to know the wine. But as bartenders, we can tinker, change and adjust the beverages endlessly. To say that all cocktails are too hot or spirited to go with food, that's too broad a generalization and not very well thought out.

Are you saying Charlie Trotter didn't think out his approach enough?
No, no, I wouldn't say that. I can't speak for Mr. Trotter. At all.

Three-ingredient cocktails are the classic, the paradigm. Many of your cocktails contain four ingredients. Why do you insist upon violating the classic formula?
I don't pay much attention to how a cocktail reads on a menu. I'm not into following formulas and anything I put into a cocktail plays a vital role or adds a layer of flavor and complexity, or it balances something else. Making a cocktail is more than just following a laundry list.

To what extent is your life like Tom Cruise's life in the movie "Cocktail?"
Uh, I think I'm more stable than Tom Cruise. I've not jumped on a coach.

Can you juggle bottles and glasses in the air?
I'm not really a flair bartender. "Grace" is not an attribute that's been associated with me. Nothing against flair bartenders, it's a very refined challenge, but you need the total package and, at the end of the day, you need to be able to make a good cocktail. There are bartenders, in South America and Asia, that use a lot of flair?but you also have to able to mix a drink.

On the Crafthouse website, it explains you have "rock star appearance." What rock star would you say you most resemble?
That's a fine question and I'm glad you asked it. I don't know.

The answer we were looking for was a young Cat Stevens.
He's not on my playlist. I usually go for a little more intensity.

Well, that's about all the questions I have. Anything else you want to say?
I'm excited to be a part of this team, and when I came aboard a year and a half ago, I wanted to put myself in a foreign situation, and make myself a little uncomfortable, because I think that drives creativity. The Aviary is a place for anyone who can appreciate a good cocktail and the company. We get an opportunity to spend time with companions, and that's the greatest service a bar can provide.

So The Aviary is a pretty good place to hook up with strangers?
No. You should like the people you come with because you're going to be with them for the duration. It's not a traditional bar you can belly up to. So you better choose your companions carefully when you come to The Aviary.