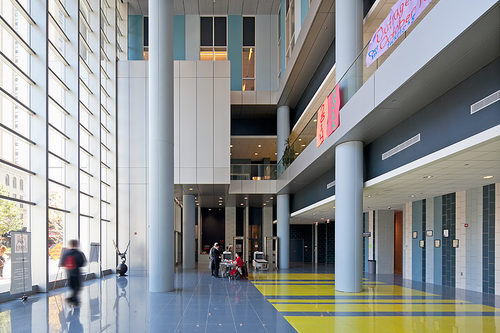 EVERYWHERE—Visits to behind-the-scenes quarters of some of Chicago's best buildings comprised a good share of Curbed's posts this week. The annual Open House Chicago made it happen and we think you'll like our findings, spread over much of the city. Right this way!

HIGHLAND PARK—Billy Corgan finally consolidated his lakefront estate with the purchase of a 4,646-square-foot coach house that originally belonged to Corgan's 9,600-square-foot chateau and the encompassing seven acres. The tea shop-owning eccentric ex-rocker left his Gold Coast condo behind earlier this year, but seems wed to the region.

SOUTH LOOP—Will we be adding this week's huge apartment proposal to the pantheon of failed schemes for Franklin Point? Impossible to say at the moment, but at least this plan for the 6+ acre wedge of vacant riverfront north of River City involves proven investors and an architect. In a nutshell, a couple of Jay-Z's Rocawear partners want to build two towers and 700 residential units.

EVERYWHERE—Care to know where some of the better bets are for dropping $3,500/month in rent? Well, Curbed Comparisons is back in action touting a handful of singular finds at that price point. It's good stuff, folks.