Share All sharing options for: Mapping Indoor Public Art; What $1,800 Rents You; More 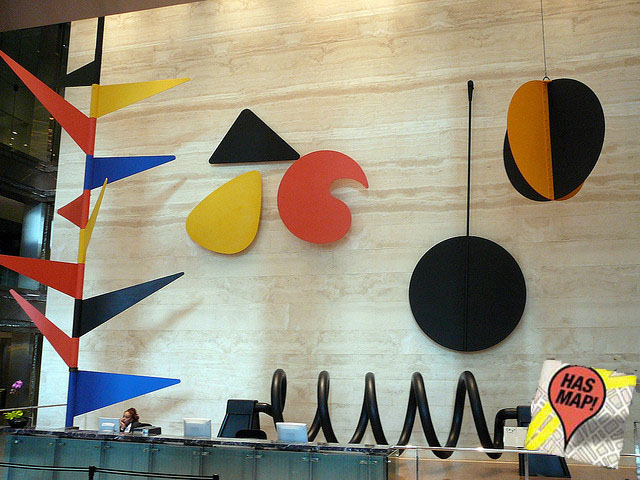 EVERYWHERE— The third installment of Curbed's public art map is up and running, and this time we went indoors for the pending cold season. The action congregates around a few major destinations— Harold Washington Library, the Cultural Center, and both airports. Each has several permanent displays and a rotation of pieces. Most other featured sites are downtown.

EVERYWHERE—Check out Curbed's representative sample of $1,800/month rentals around town. The focus is on value, and the selections favor the Lower West Side and Near North. There's even a 17th floor one-bed at Mies Van Der Rohe's famed 900 Lake Shore Drive! Vote for your favorite— polls close Monday and it's a tight race thus far.

NEW EAST SIDE—The much discussed GEMS World Academy project at the heart of master planned Lakeshore East is marching along. Phase one, slated for K-5, has climbed more than halfway to its eventual 10-story height in the shadow of Aqua Tower. Curbed dropped by for a photo shoot this week, and our impression was generally favorable.

DOWNTOWN—There's a new measure of Chicagoans that live and work downtown, and an accompanying report to tell you all about it. Basically, an ever-increasing number of people live and work in the Loop or the mile-radius surround it, enough so that downtown Chicago ranks second to midtown Manhattan. Read on!