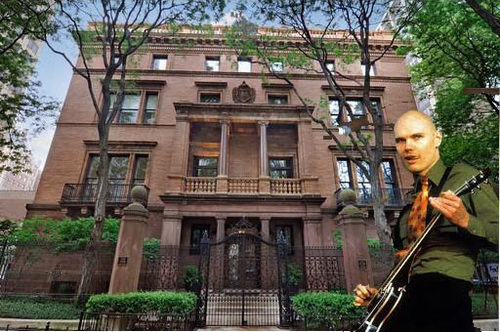 GOLD COAST—This feels momentous. Billy Corgan's condo at the Paterson-McCormick Mansion spent four years on the market before going under contract the other day. The blissful vintage unit, spanning 4,000 square feet, started with an ask of $5.5M and looks to be finishing at or near $2.85M. That's some collapse, and quite a score for our mystery buyer.

WEST LOOP— The pickings are getting slimmer and the lines longer if you're a developer after prime West Loop parcels. This is especially true with the revelation that three new residential proposals are touching down in the coveted area. The mid-sized apartment plans total 192 units, while another 1,000+ are in the pipeline.

GOLD COAST—Not to be outdone by a crusty headbanger, Nate Berkus also made headway with his listed Gold Coast condo. And he got his sale over and done with in a mere two years. The catch: the three-bed unit sold for $1.6M, or just $100K above his 2003 purchase price.

EVERYWHERE— We got down with that humble abode the bungalow earlier this week, cherry picking exemplars of the style from various neighborhoods. The six homes are listed between $145K and $950K. Come pay your respects to these credits to a Chicago institution.