Put on Your Party Hat: It's Graham Elliot Day in Chicago

Share All sharing options for: Put on Your Party Hat: It's Graham Elliot Day in Chicago

It's only Wednesday, but it's already been a big news week in Graham Elliot's world. On Monday, word came that his lawsuit with former servers over tip pooling had been settled. On Tuesday, Andrew Brochu, the exec chef at Elliot's upscale namesake River North eatery, parted ways with the restaurant. But today's news should bring a bigger smile to the chef's face: It's Graham Elliot Day in Chicago.

For the honor, Mayor Rahm Emanuel has declared today Graham Elliot Day in Chicago; Sept. 20 is Jacquy Pfeifer Day. Let the party begin. The two join a growing cadre of top Chicago chefs, like Rick Bayless, Carrie Nahabedian and Charlie Trotter, who have already been inducted into the hall of fame. Want to attend? Tickets, at $120 each, are still available. The fete kicks off at 6 p.m. with the official award presentation taking place at 7. 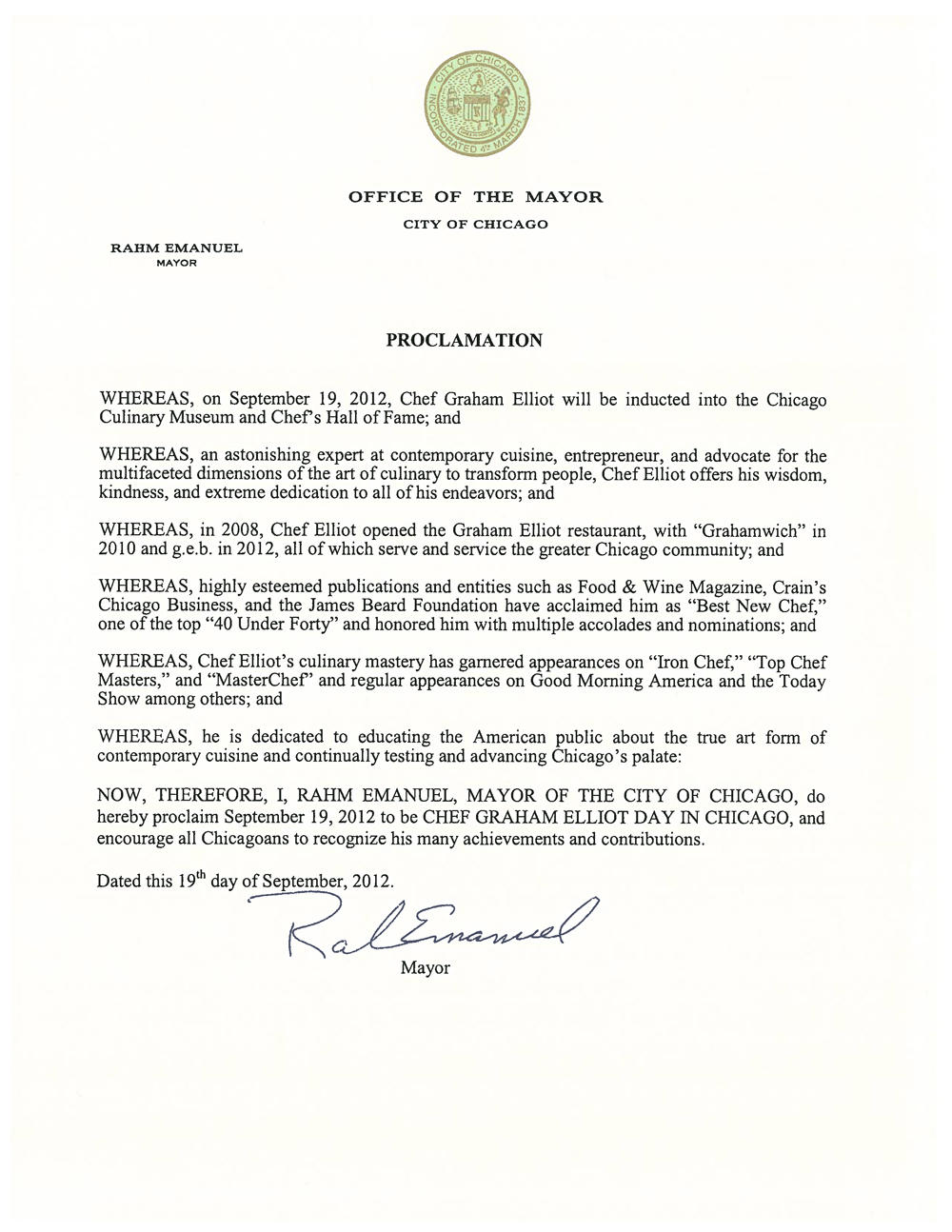 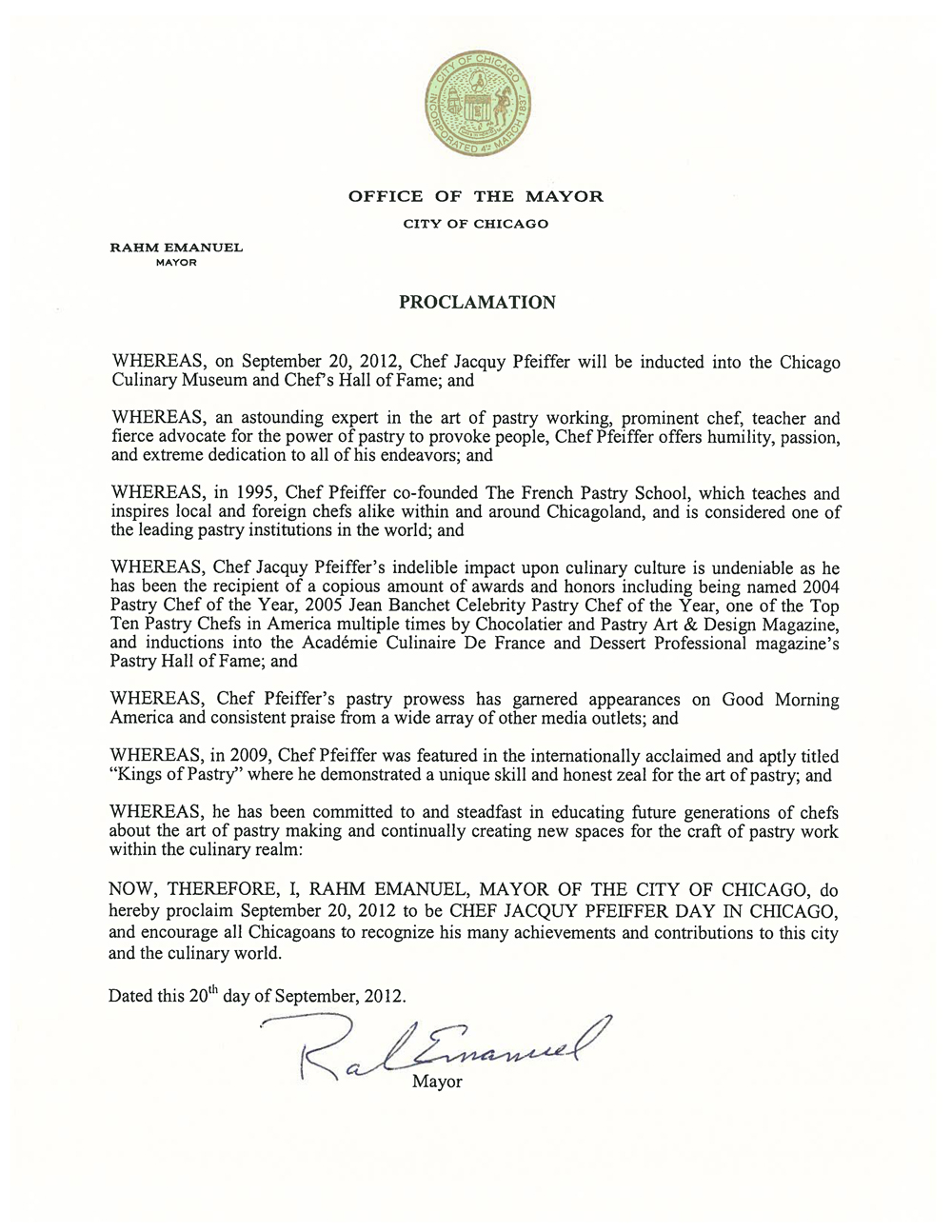