Watch the Video for Next: Kyoto; Check Out the Menu

Share All sharing options for: Watch the Video for Next: Kyoto; Check Out the Menu

Late on Friday, tickets for Next: Kyoto's kaiseki menu, the restaurant's latest iteration, went on sale. And in preparation to seat their first guests Saturday night, the restaurant released the third and final video in its Japanese film noir series.

This time, however, there was no mysterious leather-clad man traveling the globe to murder the world's top chefs. There was no conclusion to whether "Takashi" got to Grant Achatz. But since this new video, which showcases the restaurant's gorgeous Japanese tasting menu, shows Achatz, along with Dave Beran and others that include a Japanese female narrator explaining the origins of kaiseki (tasting menu), one can assume they all managed to escape unscathed. You can all stop holding your breath now.

In addition to watching the video, check out the menu below, which Graham Elliot tweeted over the weekend. The multi-course dinner shows the team creating dishes with ingredients like white miso and hay aroma, abalone, shimeji mushroom, wasabi leaf, roasted fig, pine and more. And early reports say this may be the best Next menu yet. If you've been, or plan to go soon, file a report in the comments. In the meantime, check out the video and the menu. Oh, and while tickets have reportedly been sold out, watch Next's Facebook page and Twitter feed for the announcement of same-night tickets during the course of this menu.

And check out the menu: 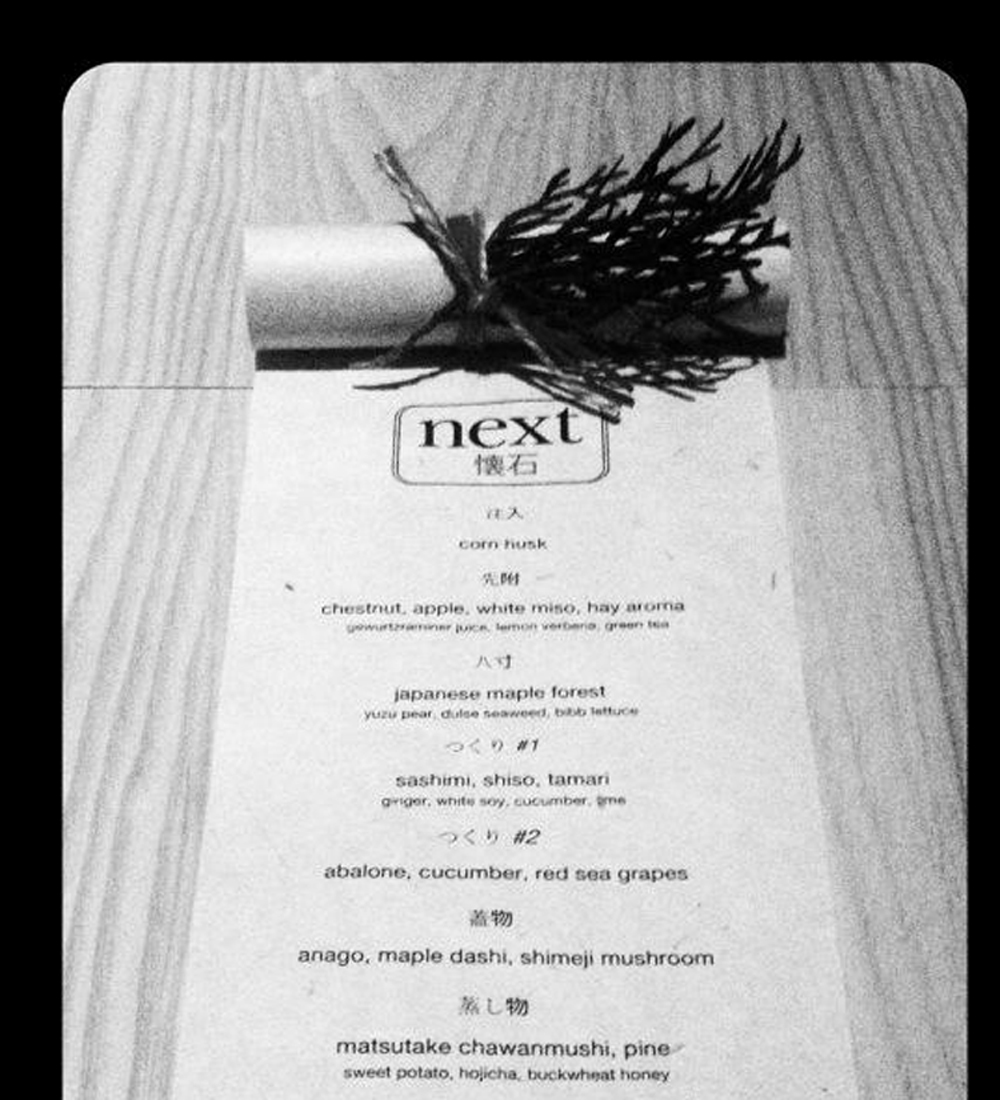 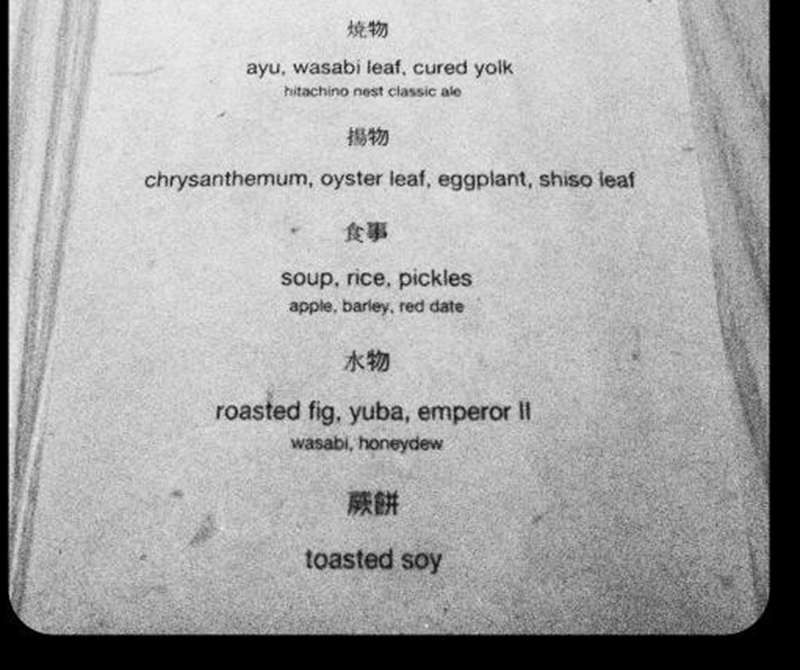 [Hint: click on each section of the menu to enlarge.]