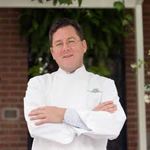 A lot of chefs have worked at Charlie Trotter's and many have left on abrupt terms. In the third and final installment of a lengthy Tribune feature, Mark Caro recounts how chefs like Mindy Segal, Ben Roche, Homaro Cantu, Matthias Merges and more were essentially dismissed when Trotter thought their time was up or if they talked about wanting to open their own place. "Maybe it's good to be traumatized in your youth, to make you think differently and step outside the box," Trotter said. "Anybody can be comfortable, but if you get your world rocked, shaken as it were, then maybe it causes you to really go to a whole other level in a different way." [Tribune]