Welcome to Front & Center, a series highlighting front of the house professionals in Chicago restaurants. Right now, Joe Campagna, the Chicago Food Snob, writes about Michael Muser, the former wine director at the Peninsula and partner/GM at the forthcoming Grace. 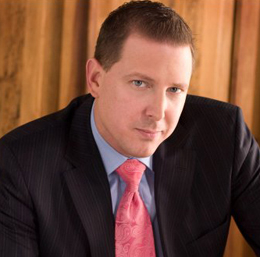 Michael Muser, general manager of the soon-to-open restaurant Grace, is one of my favorite front of the house people. He makes dining fun and approachable. Mike doesn't make the wine experience difficult or confusing. You'll often find him describing wine in terms anyone can understand with his passion for the topic front and center.

When we worked together at Avenues, a guest who was looking to order a second bottle of wine was going on and on and on to Mike about his love for Barolo but didn't want another Barolo. Mike suggested a 1968 Vega Sicilia from Spain as an alternative. The guest replied he felt there might be too much fruit juice on the palate. Mike kept his composure like a true poker player, while I think I visibly winced. They eventually decided on another wine, but the guest never felt belittled for making such an interesting" comment.

I always enjoy running in to Mike because I know we'll have a lot of laughs and be able to share some funny stories. His collaboration with chef Curtis Duffy has me on the edge of my seat excited to see what they accomplish when Grace opens not only with the execution of the wine, but the entire dining experience.