And now from the experts at Racked Chicago, reporting on retail and shopping from the sidewalks up... 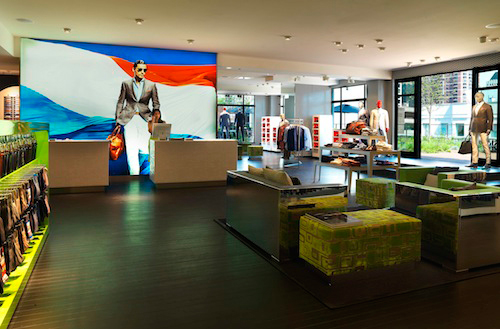 GOLD COAST—Since the news broke that Dutch suit maker, Suit Supply was opening in the Gold Coast gentlemen across the city have been salivating. Tonight, the store opens with a penthouse bash that's going to make Chicago's menswear scene a whole lot hotter.

LOOP—The premiere music fest of the summer, Lollapalooza, has announced it's opening a pop-up shop called "LollaShop". It'll happen right on Michigan Ave across the street from Grant Park and host some pretty spectacular events.

ANDERSONVILLE—Richard Branson's Virgin empire has just leased space on Clark Street in the neighborhood of the future. Soon to be open is the first of many Chicago Virgin Mobile stores. We're still waiting for the community to respond.

OLD TOWN—Online consignment business,Luxury Garage Sale has made the decision to go brick and mortar. Located on the north end of the Wells Street strip, we have a feeling the store (when it opens) is going to be big.