In response to the news on Wednesday that Ald. Joe Moreno would not support a Chick-fil-A to open in Logan Square within his ward, the owner of the only other Chicago location of the Southern-based fast-food chicken chain has posted a statement somewhat separating her and her location from the statements of Chick-fil-A president Dan Cathy after he said he was "guilty as charged" for being anti-gay.

Explaining that each restaurant is independently owned and operated, owner Lauren Silich, after inviting Mayor Rahm Emanuel in to meet them, said they are dedicated to the community and have held "fundraisers for hospitals, schools, fallen police and we donate to a wide variety of causes, including everything from churches to gay and lesbian organizations."

Silich said they created 97 jobs over the last year and want to help train future community and business leaders "regardless of sexual orientation or beliefs." Read the full statement [tip: click on the image to enlarge]. 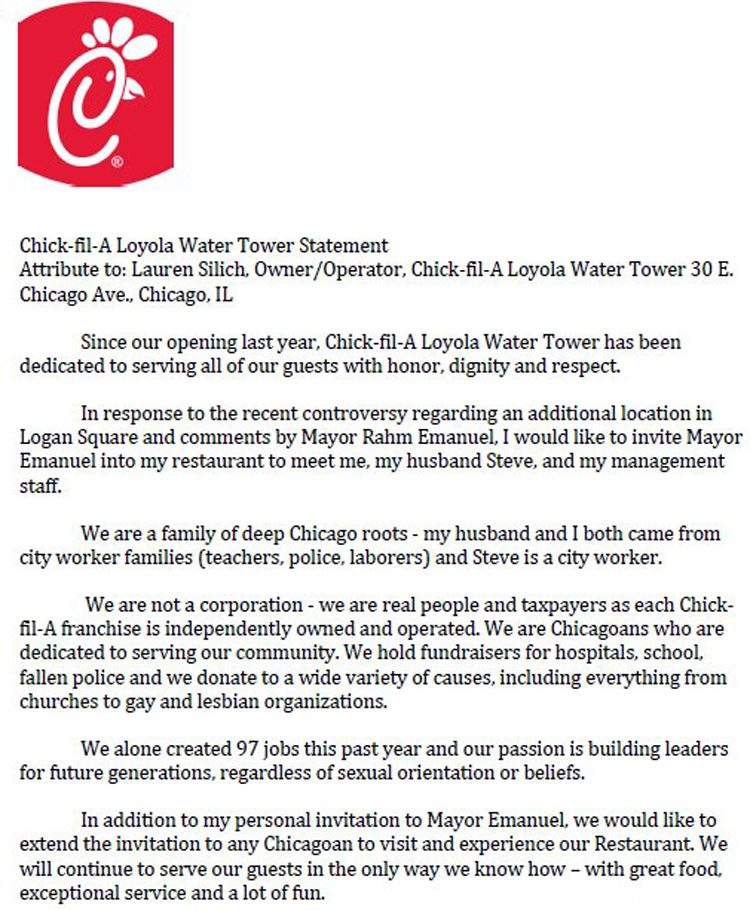