Sean Pharr's salmon tartare, before and after [Photo: Tim Hiatt]

NoMI Kitchen chef de cuisine Sean Pharr is a laid-back fun-loving guy, but when it comes to food, he's all business. Pharr, who works alongside exec chef Ryan LaRoche in a pretty solid culinary partnership that began in the kitchen at Tru, came to NoMI following a stint as exec sous chef at Fred's at Barneys New York. As you can see from his sketches, Pharr produces elevated cuisine and, in to show how things have changed in finer dining, he has even started creating sketches on an iPad.

Sean Pharr, chef: It helps me describe to Ryan when I'm thinking about a dish—let's say I want to do salmon tartare—and it's easier to show than describe. It's nice to have an idea of how you'll plate without using ingredients to plate over and over again. The sketching seems to always work directly into the plate, but when I get to the plate I sometimes find it needs something more. The drawings sometimes make it look fuller than it appears on the plate. [With sketching], I wanted to have a reference of where I was going to start and then I move to a photograph. A lot of dishes are simplistic so it's like having a map when something is more complicated. 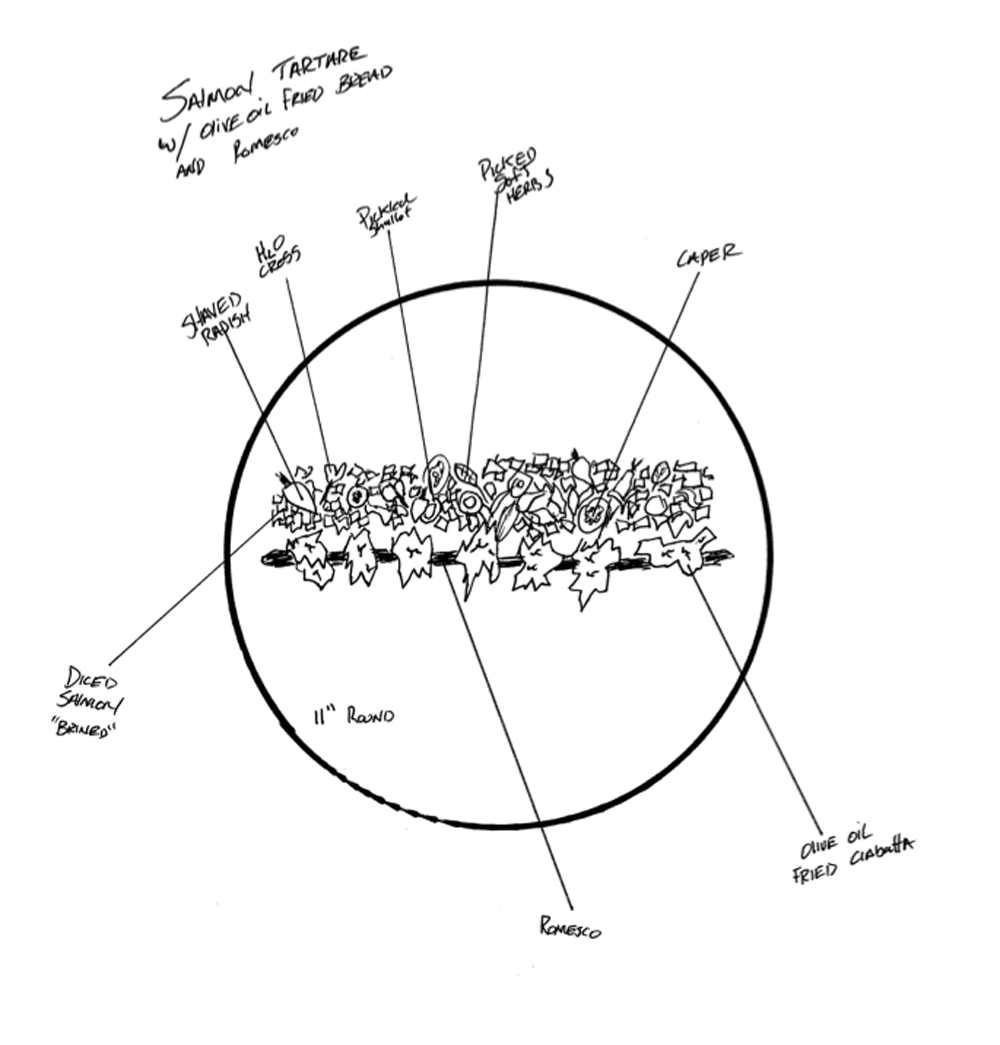 We were running prime beef tartare for a while and I got tired of having it on the menu, but wanted some sort of crudo or tartare. I went with salmon and went through different processes of how to do it. I wanted to brine it with lemon and thyme to keep it bright and fresh. Then I was thinking about things that go well with tartare, so instead of grilled bread or crackers, I thought about olive oil fried bread. Every day before service we tear large pieces of bread and fry them in extra virgin olive oil until they're golden brown delicious—or 'GBD' as we say. It's been on for about four weeks and the feedback is very positive. People are pretty impressed with how the flavors all come through; nothing is convoluted. 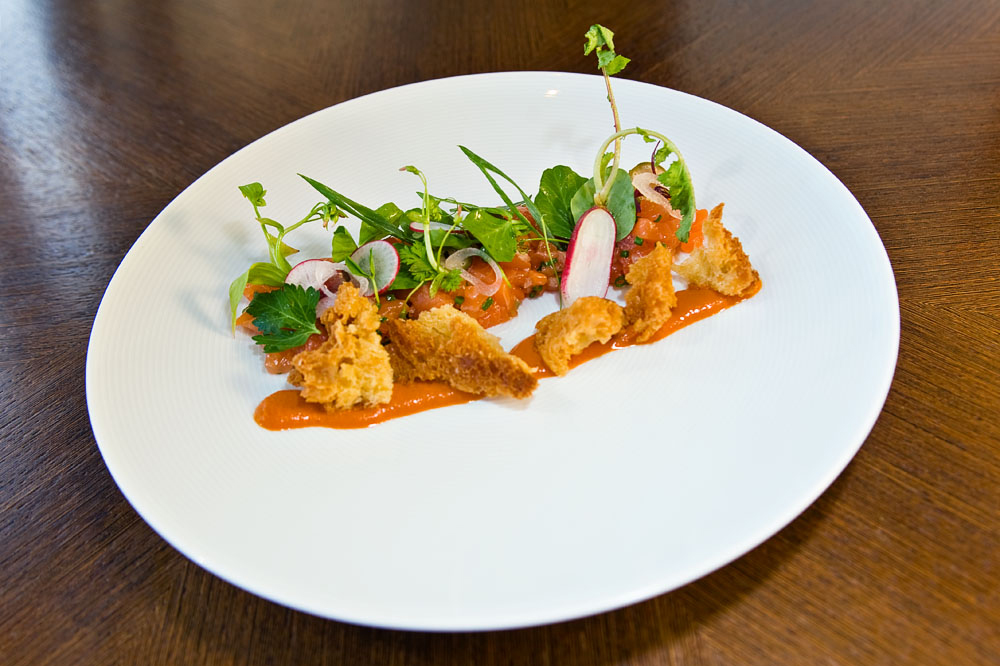 Here's a sketch and final plating of asparagus with a poached farm egg and tarragon emulsion: 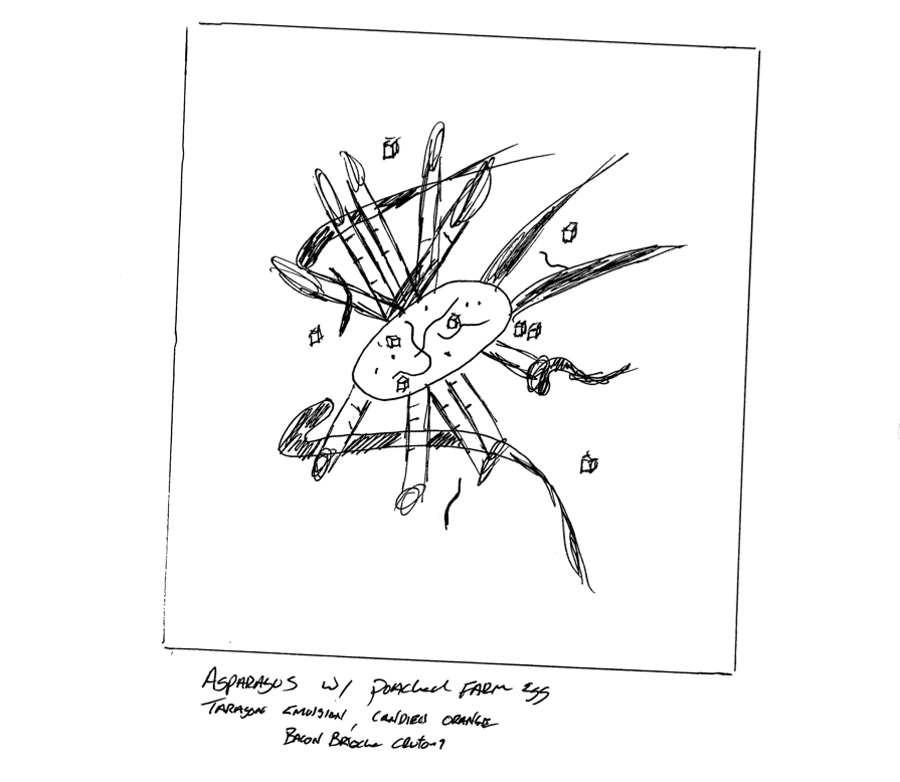 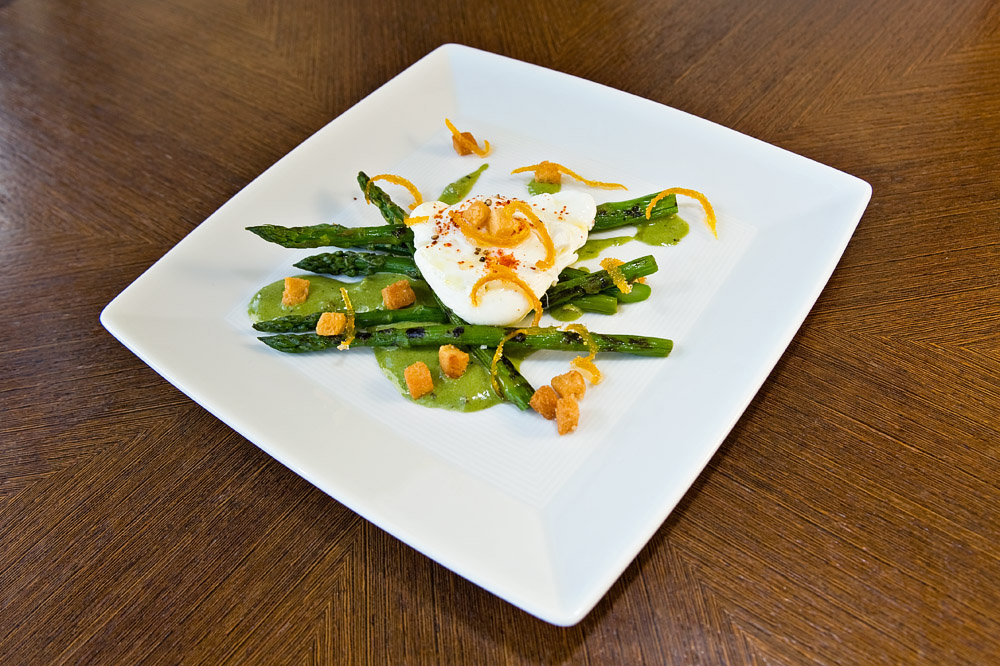 Another sketch and final dish, this is of pan-roasted sweetbreads with onion tart, a mix of mushrooms and a morel jus: 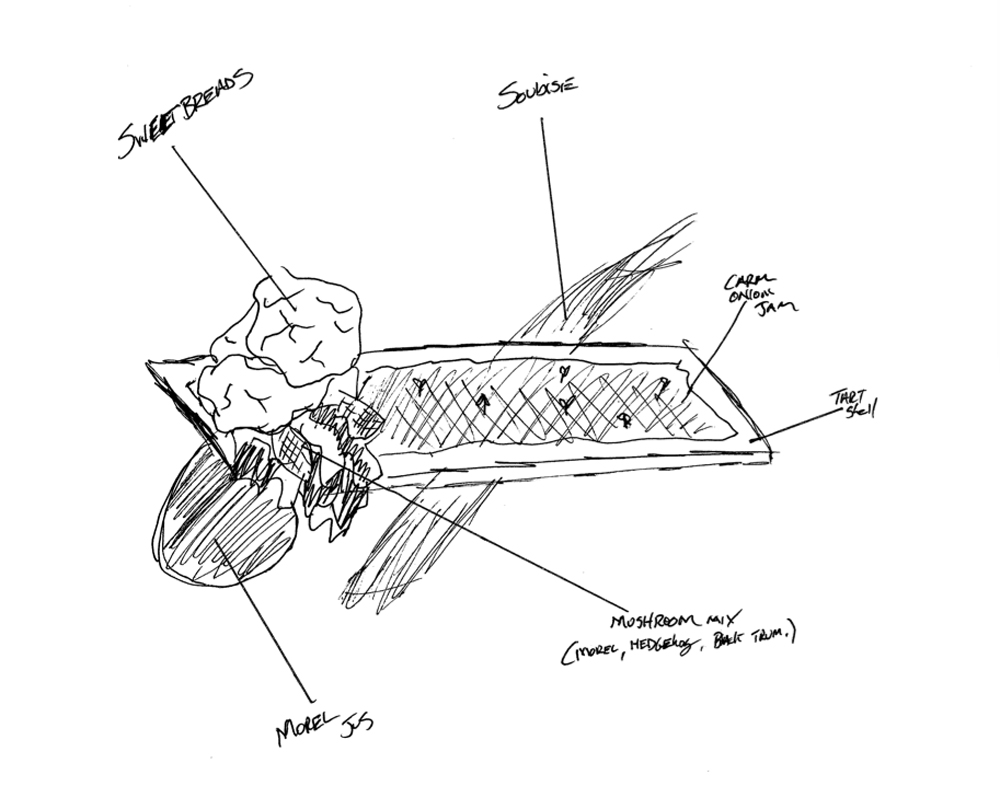 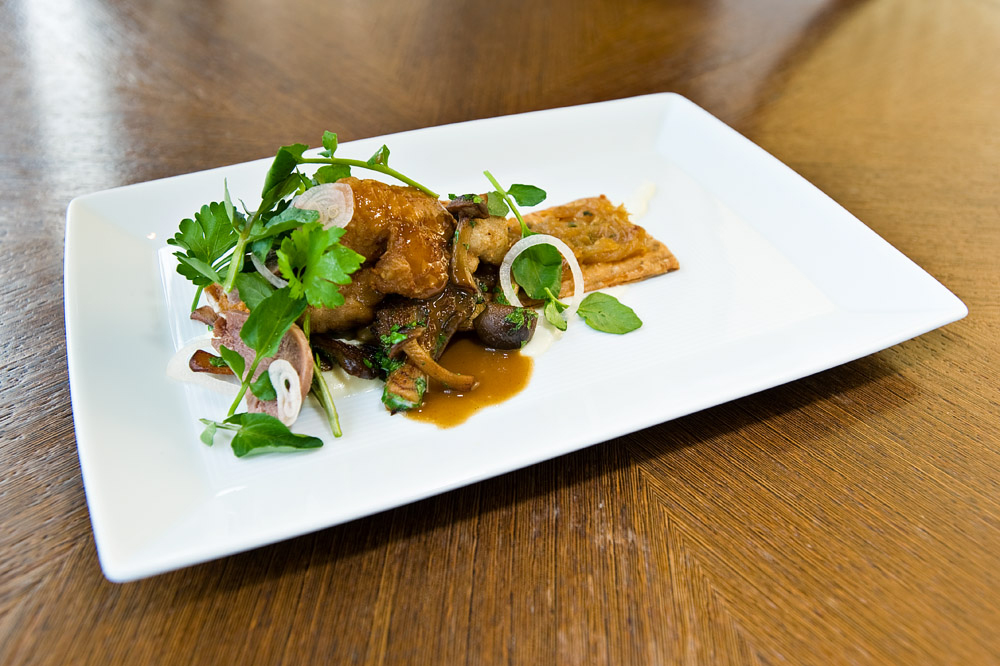 Last, here's a sketch Pharr is particularly proud of and has wowed a lot of people: 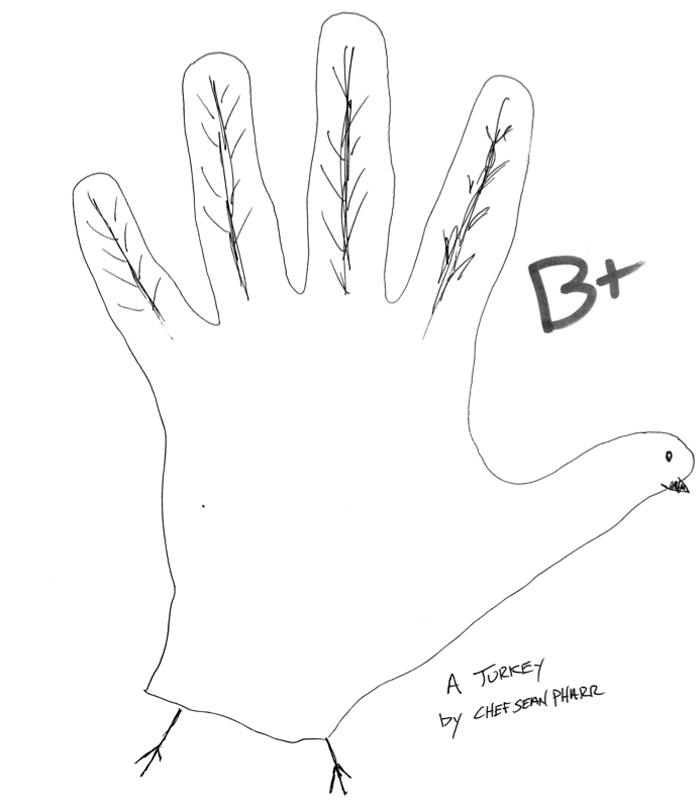