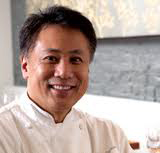 Wasn't the NATO Summit supposed to give a boost to Chicago businesses? According to some Downtown restaurant owners, including Rick Bayless and Takashi Yagihashi, it had an opposite effect. Bayless saw a 15 to 20 percent drop in traffic at Xoco, Frontera Grill and Topolobampo, while Yagihashi's Slurping Turtle was off by 65 percent. At Trattoria No. 10, which normally sees a robust lunch crowd, only nine people dined on Monday. Even Stephanie Izard felt the lag. She tweeted, "Super for business to have entire city shut down. Thanks." [Crain's]