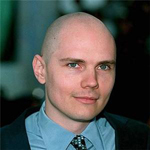 Very late last year, Billy Corgan revealed he would open a 1930s-style Chinese tea house in Highland Park. Originally he planned to open in March or April, but due to construction issues it's been pushed back. Now, Corgan aims to open Madame ZuZu's in about six weeks, just in time for the start of the Ravinia festival season. [EaterWire]