[Photo: Andrew Zimmerman's sea scallops, before and after]

Sepia's Andrew Zimmerman is a quiet force in Chicago's culinary scene. If you've ever talked to him, Zimmerman exudes a contained confidence: he's laid back, serene and expresses himself more through steely blue eyes than he does with words. But where he really speaks loudly is through his cooking, for which he was recently nominated for a James Beard award for best chef in the Great Lakes region. Zimmerman's gorgeous platings speak volumes, but they often start with a sketch so the chef can focus on exactly how he wants a final dish to look when it reaches you at the table. Here we have three dishes that currently appear on the Sepia menu.

Andrew Zimmerman, chef: "It's a useful way of getting things organized before I have a lot of food in front of me and I know the direction it's going. Like anything, I can erase it and start over. If things start getting cold and aren't the way I want them, I have to start over. With a pencil, we can put that there and not here. It gives me a starting point for how I want the dishes to turn out. Maybe 30 percent [of sketches don't] work out. I usually have a pretty good idea of what I want the dish to be like even before I start to sketch. Usually by the time we put it on the plate it'll work. Sometimes I put it on the plate and it's just terrible and we have to start over. 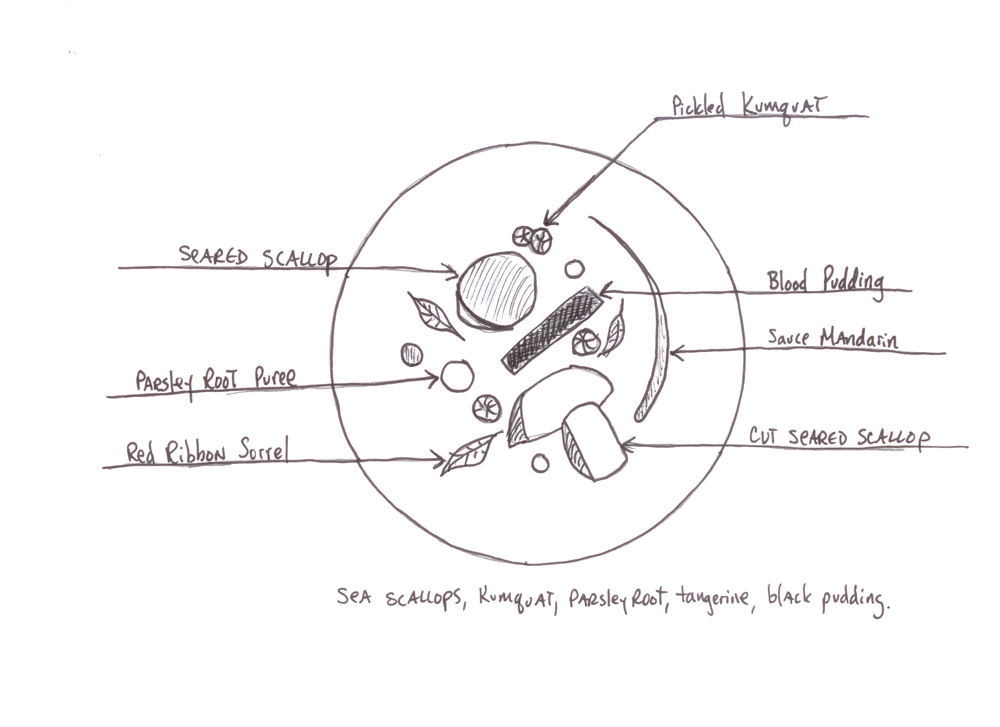 "We've done the dish a few different ways with the same ingredients. This is just how it looks good to us now. In the first one, we had the black pudding in a perfect rectangular block and the lines of sauce were straight and it was very regimented and looked clean and neat. It looked less organic than it does now, where there's more movement. We just like the way it looks now. Components wise, little details have changed, but the fundamental pairing of the scallops and blood pudding we like it a lot. The tangerine sauce is tart and rich at the same time because it has cream and a little veal demi-glace and fish glace and tangerine juice, so it cuts through the rich scallop and blood pudding. The kumquat is sweet and tart. The parsley root provides a clean vegetal flavor to cleanse out the palate between bites." 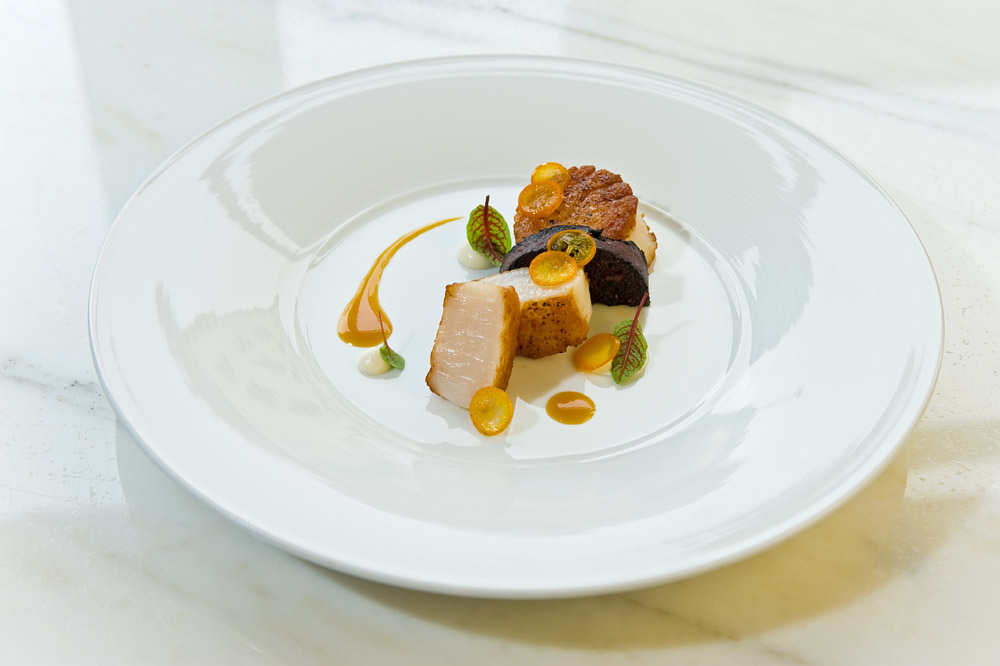 Here's a sketch and the finished product for Zimmerman's rack of venison with fennel, chestnut and sauce poivrade: 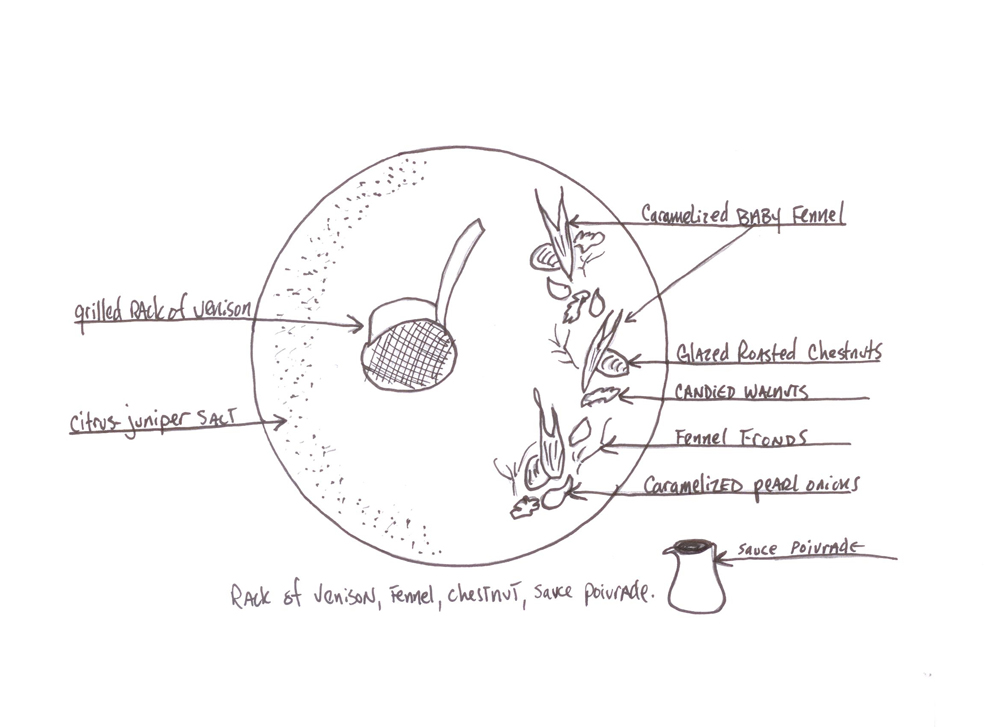 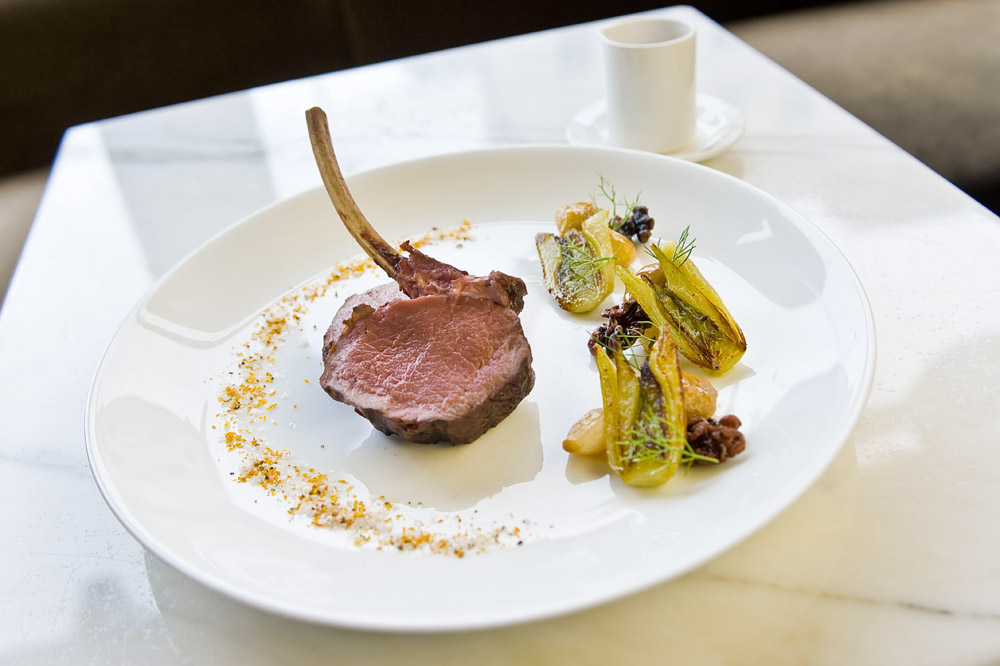 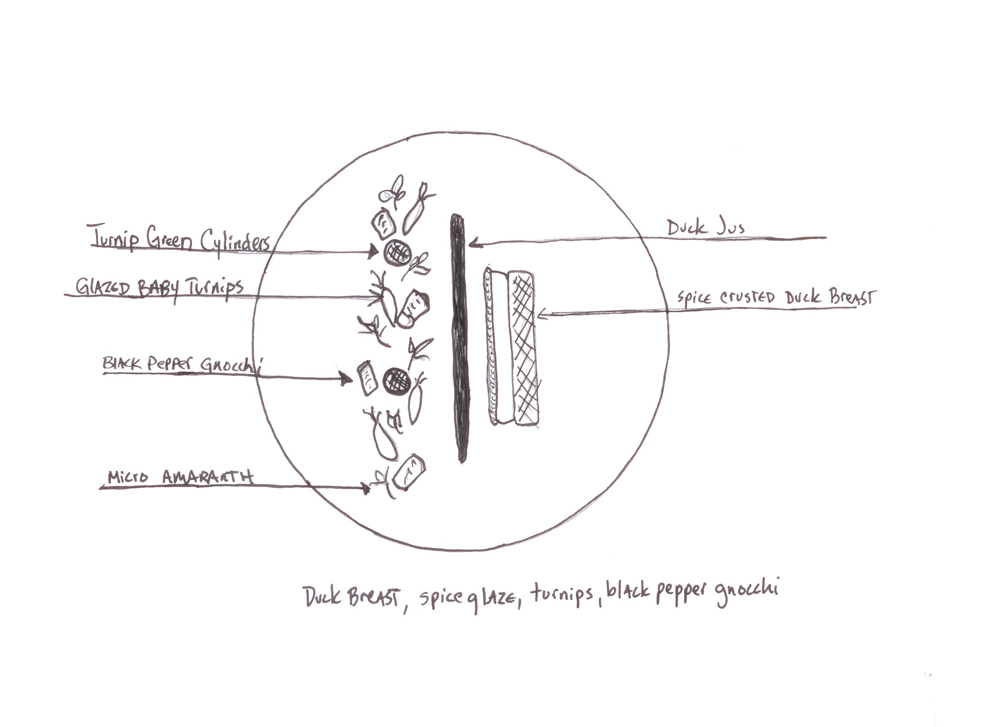 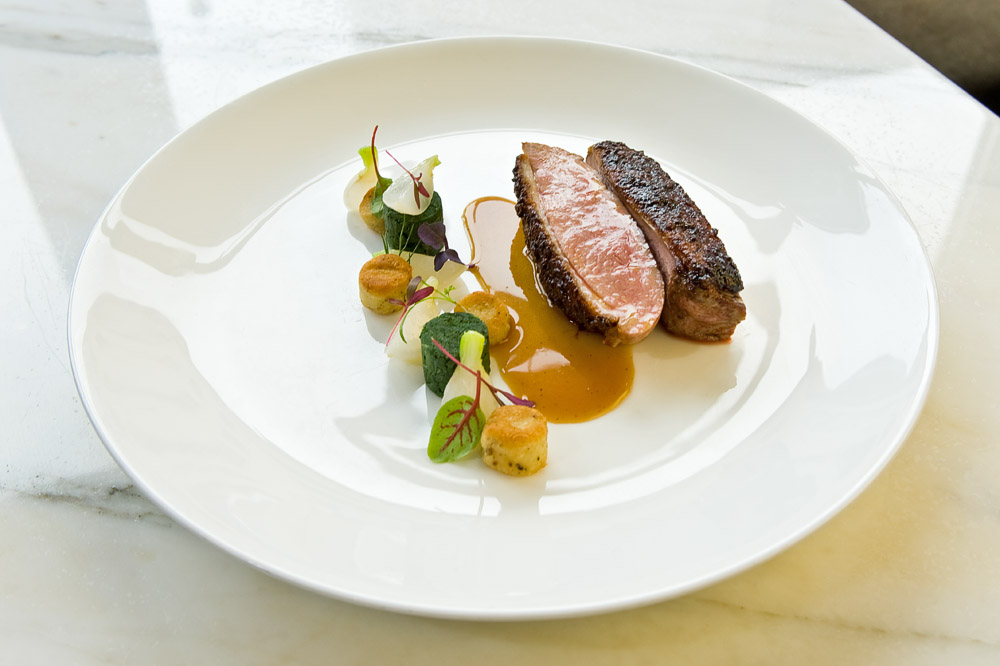