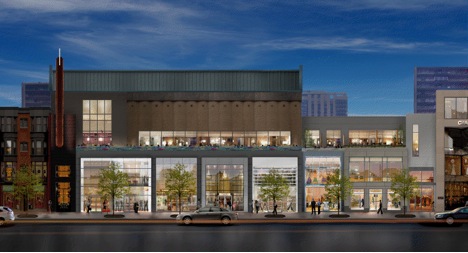 GOLD COAST— Of certain cross-over appeal to Racked and Eater regulars, new Oak Street retail space is to extend eastward from the already-underway Esquire Theater retail adaptation. Tenants have yet to be courted, but expect ultra high-end. Existing walk-ups will give way to new two-story mono-functional structures. Taken as one, these new retail sites will encompass 25 percent of the block between Michigan and Rush.

STREETERVILLE— Ryne Sandberg isn't feelin' Streeterville any more, or Chicago for that matter. Sandberg owned a succession of local properties over a 27-year period, but held this one for the longest by far (since '98). A mid-floor 3-bedroom co-op with the expected dose of sportiness, the ask is $650K.

EVERYWHERE— During Curbed's inaugural Rookie Roosts Week, we delivered doses of introductory how-tos on buying and renting, dubbed Curbed University. If you're at an inquisitive place in your house or apartment hunt, hungry for pointers, then peruse our series of non-boring guides.

LINCOLN PARK & AVONDALE— In one of our Rookie Roosts features we're out to settle the score between two similar, well-matched listed properties, one for rent and one for sale. If it came down to it, which one would make the most sense for renters contemplating buying, but willing to swing either way? We give our recommendation. Feel free to disagree.