And now the latest from Racked Chicago, covering everything you need to know about the city's shopping, style, and retail from the sidewalks up... 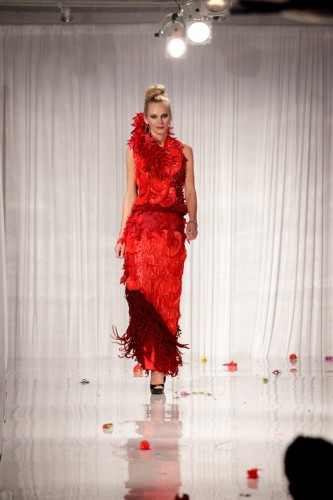 WEST LOOP - Floral fashion show, Fleurotica was a smashing hit this year raking in over $80,000 to benefit the Garfield Park Conservatory. The dresses, designed by accomplished floral studios were composed of thousands of flowers and dropped-jaws along the runway.

ANDERSONVILLE - Host of the now-defunct Rosie Show on OWN, Rosie O'Donnell has packed up her studio and head eastward leaving all her Snuggies behind. The Brown Elephant in Andersonville has scooped them up and is selling them for $3.00 per Snuggie. Thank Goodness.

GOLD COAST - Thanks to Alderman Reilly and his most recent e-blast, we know that the re-purposed Esquire Theater has already leased a portion of the space - 40 percent to be almost exact.

STOCKHOLM - H&M announced this week, spoiling all the juicy rumors around an expansion with news of a high-end concept. It'll be similar to COS, which they already own and operate in Europe and focus on fit and fabrics.