And now the latest from your intrepid shoppers over at Racked Chicago, covering everything you need to know about the city's shopping, style, retail scene from the sidewalks up. 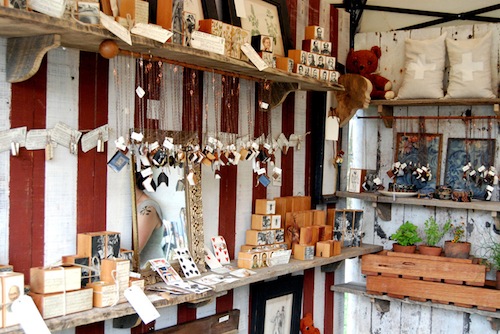 EVERYWHERE - Since closing their storefront on Division, Renegade Craft has been busy planning the details for the eleven fairs that now include London. They've released the dates for all cities where the fair will visit and we've got the full list.

WEST LOOP - No doubt about it, the West Loop is big for food and big for real estate - the only thing missing is some heavy hitters in the shopping and style scene. And from what we heard this week - the newest company rumored to be heading over there will attract a heavy dose of style to Fulton Market.

OLD TOWN - Nike has released their new wristband calorie counter USB device and it's already sold out. There are several cool features to this gadget but the coolest is that you just have to plug it into your computer and it uploads your calorie info directly to Nike.com.

LOOP - The newest round of Designers in Residence for the Chicago Fashion Incubator have been announced. Ranging from women's ready to wear to conceptual and avant-garde, this year's designer roster is a strong one.