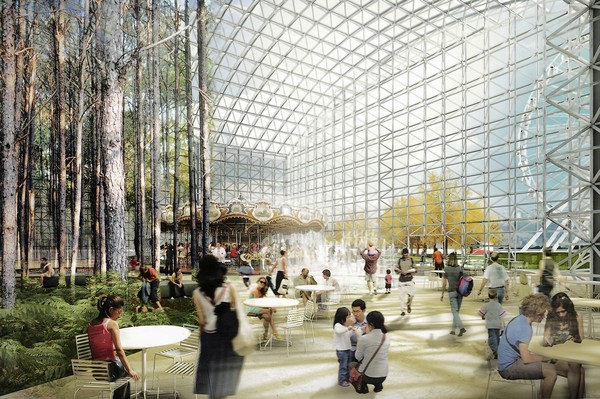 STREETERVILLE— Heard of that place, Navy Pier? Well, concept drawings from the five final teams in charge of the pier's redesign have dropped, and they're pretty dope. Curbed dishes a representative sample. One big question looms: do they have a prayer of staying under budget?

EVERYWHERE— You think you got it bad? Then it might do you some good to peruse this handful of intimate-with-the-'L' properties for sale. The houses themselves are quite nice, for the most part, and predictably affordable. But the noise and, sometimes, the invasion of privacy are a lot to bear.

GRAND BOULEVARD— We seldom get to steer our blog down to this old South Side 'hood, but we did this week, with good reason. There's an exquisite piece of property that just sold for far less than it would have had it resided a few blocks further east. The perfectly restored 6,300 sf Greystone, positioned as something of a neighborhood "showroom", has an almost disconcerting number of chandeliers.

SOUTH SHORE— 16 months ago, we wrote an "on-the-market" post for John Van Bergen's Allan Miller House. A student and colleague of Frank Lloyd Wright, Bergen has several works in the Chicago area, but just this one within city limits. We returned to it this week, because it still hasn't sold and continues to sustain price cuts— the last of which brought the ask down to $399K.