And now, the latest from the experts at Racked Chicago, covering shopping and retail from the sidewalks up. 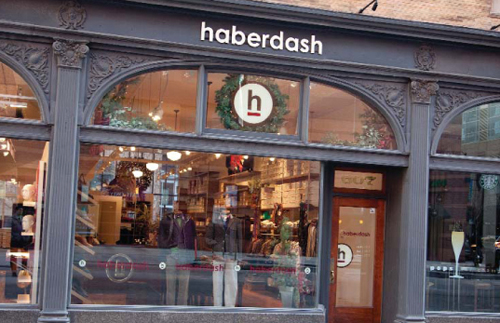 EVERYWHERE - Lingerie is where it's at this season - all the ladies know it and they're gonna get what they want come February 14. To make finding the right lingerie for the situation an easier process we've put together a handy-dandy map of all the best stores to buy lingerie in Chicago.

LINCOLN SQUARE - The Vintage Bazaar is back again - only this time on two levels and with a bunch of food options. The pop-up vintage market happens this Saturday and Sunday in Lincoln Square at the Dank Haus. Drop by for unique and collectible finds.

RIVER NORTH - A very sweet gentleman had one of the cutest ideas for engaging his girlfriend we've heard about in a long time. Earlier this month (and it's happened since then too), at Open Books a woman received the first clue to lead her to her future. This mystery at a bookstore led her on a wild chase around the city where she finally found her now fiancee, Nick waiting with a ring at sunset.