The Menu for Table, Donkey, and Stick, Opening Thurs

Share All sharing options for: The Menu for Table, Donkey, and Stick, Opening Thurs

Table, Donkey and Stick, restaurant "meant to capture the spirit of the auberges and berghotels that dot the Alps", is ready to open its doors to the general public on a first-come basis on Thursday, following a series of pop-up dinners and a preview.

Chef Scott Manley's Alps-inspired menu features an array of charcuterie, cheeses, breads, and fish doled out in small and large plates. Manley, formerly of Vie and EL Ideas, was just named as chef of the restaurant after Thanksgiving following a public audition period.

Christmas Eve and New Year's Eve reservations will be available tomorrow. Check out the full menu below. 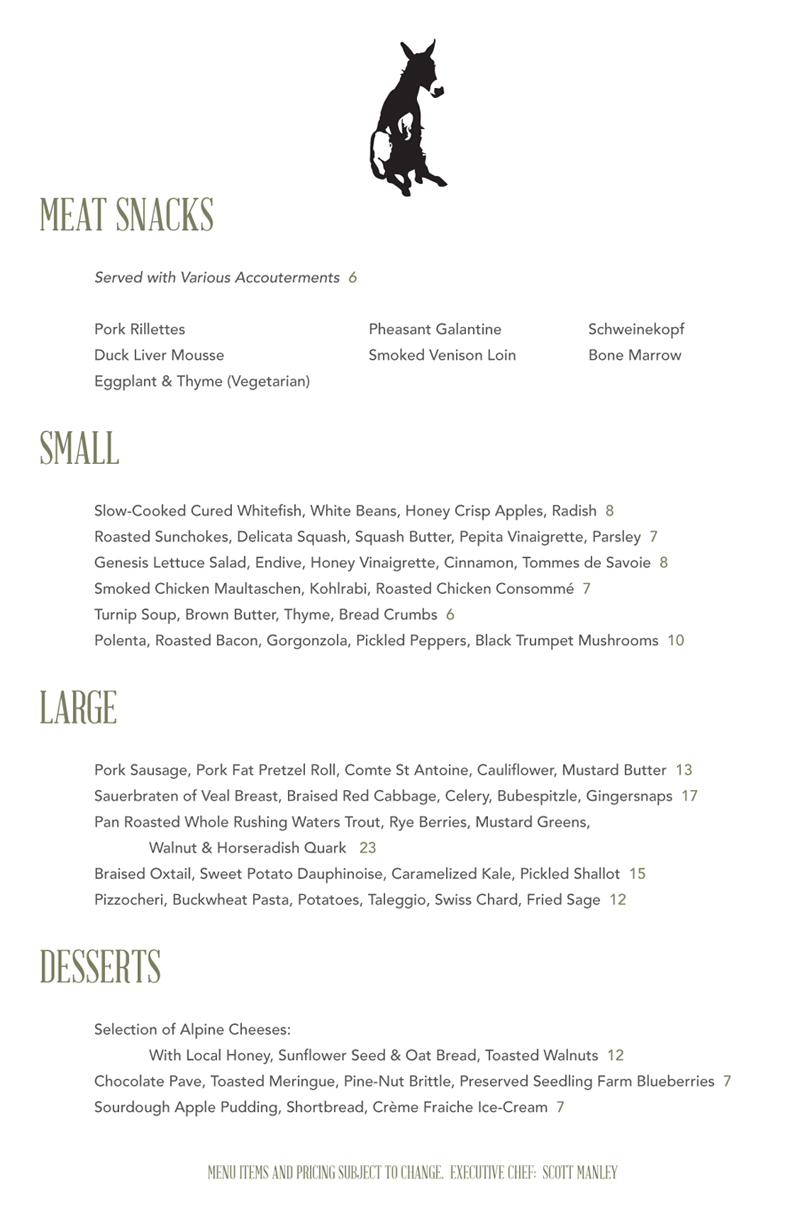